Limerick and Cork teams for Munster U-21 championship clash 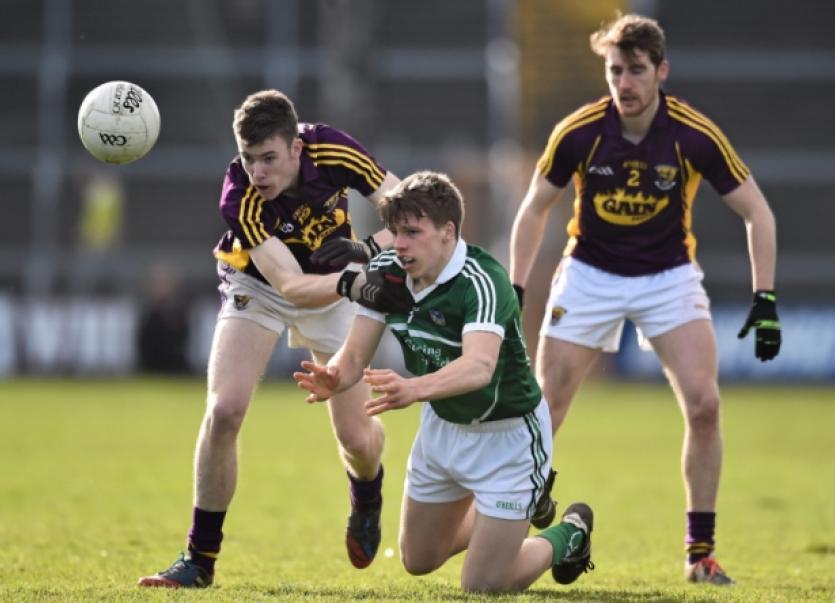 THE Limerick and Cork teams have been named for this Wednesday night’s Munster U-21 football championship.

THE Limerick and Cork teams have been named for this Wednesday night’s Munster U-21 football championship.

The provincial quarter-final tie takes place in Limerick’s Gaelic Grounds at 7.30 with the winner to play Kerry the following week.

Limerick are without key defender Sean O’Dea, who was forced off injured after just three minutes of Sunday’s Allianz League defeat to Wexford.

Both Stephen Cahill and Cian Sheehan picked up injuries in that game but are named in the U-21 team.

But there is still plenty experience in the Limerick line-up with five players that have featured in the league this season - captain Gearoid Hegarty, Cillian Fahy, Stephen Cahill, Cian Sheehan and Jason Mullins. Others like Tony McCarthy, Sean Barrett, James O’Mara and Chris Smith have also featured in Limerick senior football match day panels.

But Limerick are facing five-in-a-row chasing Cork. Last year Cork were 3-15 to 0-8 and seven of this week’s line-up played.

Limerick are managed by Newcastle West’s Declan Brouder with Moss McCarthy (Dromcollogher-Broadford) and Ger O’Connor (Fr Caseys) as his selectors.

In a team captained by Gearoid Hegarty, thirteen different clubs are represented with Abbeyfeale’s Fr Caseys and city side St Patricks the only clubs with multiple players in the starting line-up.