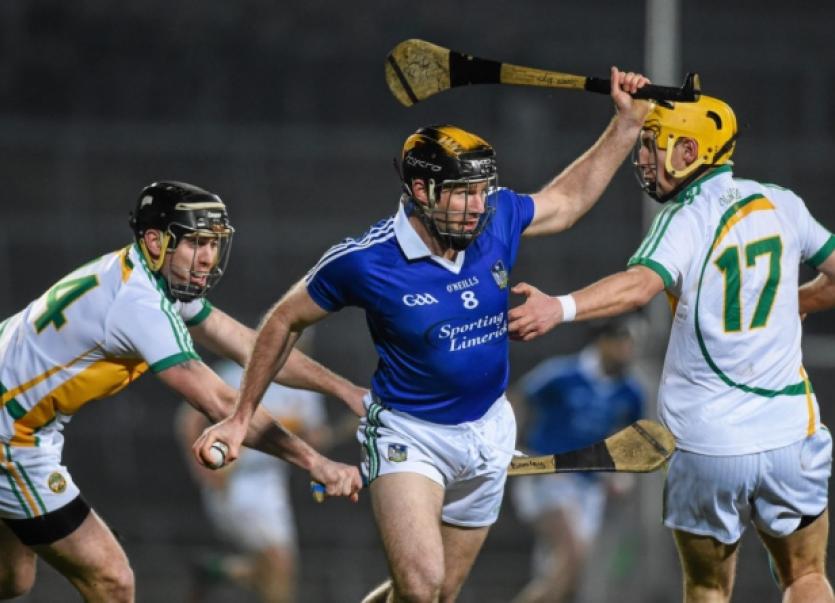 LIMERICK’S promotion dreams from Division 1B of the Allianz Hurling League were smashed this Saturday evening with a 1-21 to 0-21 defeat to Offaly in the penultimate group game in the Gaelic Grounds.

LIMERICK’S promotion dreams from Division 1B of the Allianz Hurling League were smashed this Saturday evening with a 1-21 to 0-21 defeat to Offaly in the penultimate group game in the Gaelic Grounds.

Twelve months ago it was a draw in Tullamore that saw promotion slip from Limerick and this time round this one goal defeat to Brian Whelehan’s charges means that Limerick are set for a sixth successive season outside of the top flight of the league.

Limerick do have Laois yet to play but promotion now appears certain to rest between Wexford and Waterford.

There is no doubting that Limerick were below their best in this Offaly clash but all reports of the contest must be led with the sending off of All Star Shane Dowling in the second minute. The contest hadn’t even witnessed a score when the referee flashed a straight red card, after consultation with his umpires, to Dowling. The incident happened away from the play and apart from some jostling between Dowling and his marker it doesn’t appear that too many in the attendance of 2673 saw exactly what happened.

But certainly the dismissal had a big bearing on the contest.

Time after time hit Limerick ball down to the full forward line but the extra defender moped up and cleared down field.

And, still for that, Limerick managed to score 21-times and hit 16-wides.

But the intensity and physicality that was such a shining light in the second half in Wexford six days previous were absent for long periods.

For all the failings Limerick were 0-18 to 1-12 ahead after 12-minutes of play in the second half and appearing to be in ideal situation to push-on towards victory.

But Offaly then hit eight points without a Limerick reply to go five points clear entering the final 10-minutes.

Indeed in the final 23-minutes of the game Limerick scored just three points.

Despite the red card, Limerick were on top early on and led 0-4 to no score after 11-minutes.

But it was an opening 17-minutes that saw David Breen (sixth minute) as the only scorer from play for either side.

Seanie Tobin assumed the free-taking role in the absence of Dowling and was most accurate and indeed sparkled from open play also.

After Tobin and Shane Dooley dominated the early minutes, Limerick came to life and Donal O’Grady, James Ryan and Tobin all scored from play as Limerick opted to fire over from distance rather than deliver into the Offaly dominated goalmouth.

But then came the Offaly goal when Emmet Nolan found the net.

Dooley (free), Dan Currams and Shane Kinsella added points and Offaly were ahead.

But it was Limerick that led 0-12 to 1-7 at half time after late points from O’Grady, Cian Lynch and Paul Browne.

Tobin’s fourth from play and Browne’s third from play had Limerick 0-18 to 1-12 clear in the 47th minute.

Then Seamus Hickey was forced off injury and soon Offaly took over.

Limerick went 15-minutes without a score and Offaly hit eight in a row and yet when Seanie O’Brien pointed in the 62nd minute it was Limerick 0-19, Offaly 1-20.

But there were no late dramatics as promotion slipped away for another season.

Limerick now have Laois next weekend and then a league quarter-final to help prepare for the Munster SHC.