Limerick District get the better of Desmond in Oscar Traynor 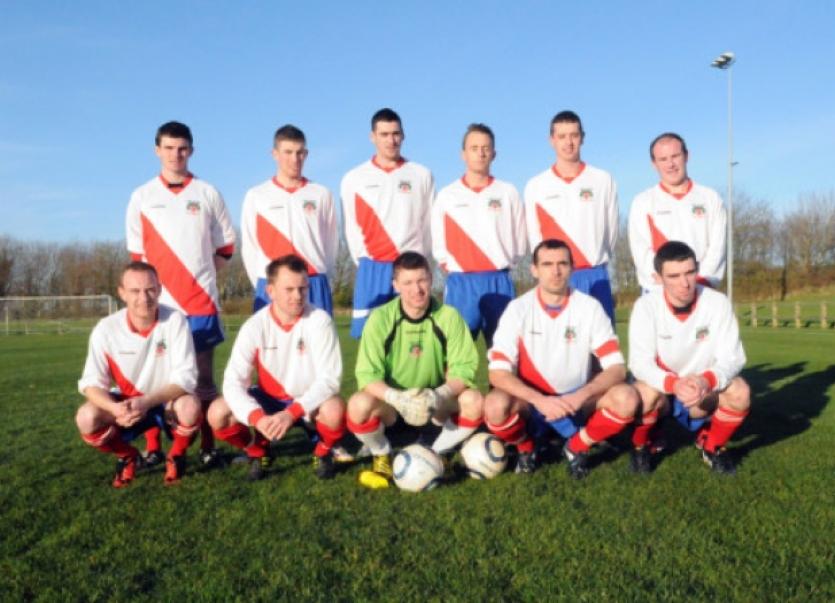 Two goals from Mike O’Gorman helped the Limerick District League team to a 2-1 win over their Desmond League counterparts in the Oscar Traynor Cup on Sunday afternoon.

Two goals from Mike O’Gorman helped the Limerick District League team to a 2-1 win over their Desmond League counterparts in the Oscar Traynor Cup on Sunday afternoon.

Having drawn with Kerry in the opening round, District needed a win to keep their hopes alive. Desmond had lost to Cork so they were also on the back foot.

In an action-packed first half in Clounreask, District took the lead after 14 minutes when O’Gorman’s 25-yard shot got the better of Billy Quirke. The home side were level three minutes before the break, however, as Thomas Smith pounced to fire across Stephen McNamara.

Yet Desmond’s lead was short lived. Two minuted later Pat Mullins put Shane Clarke clear on the right and the striker worked his way in along the end line before cutting the ball back for his ‘Boro team mate to smash the ball in from eight yards.

In a busy finish to the half Desmond went within a whisker of making it 2-2 when Tony Quaide set up up Joe McAuliffe but faced one on one against Stephen McNamara, the Limerick net minder came out tops with a fine block.

It became the Billy Quirke show in the second half as he made a host of superb saves to keep the visitors at bay.

Limerick sub Adrian Power raced clear of the home defence but the feet of the keeper kept him out and shortly after Clarke set up John Tierney again denied by a fine save.

John Connery looked certain to make it 3-1 after clever play set him free but again the Abbeyfeale man produced a top class save.