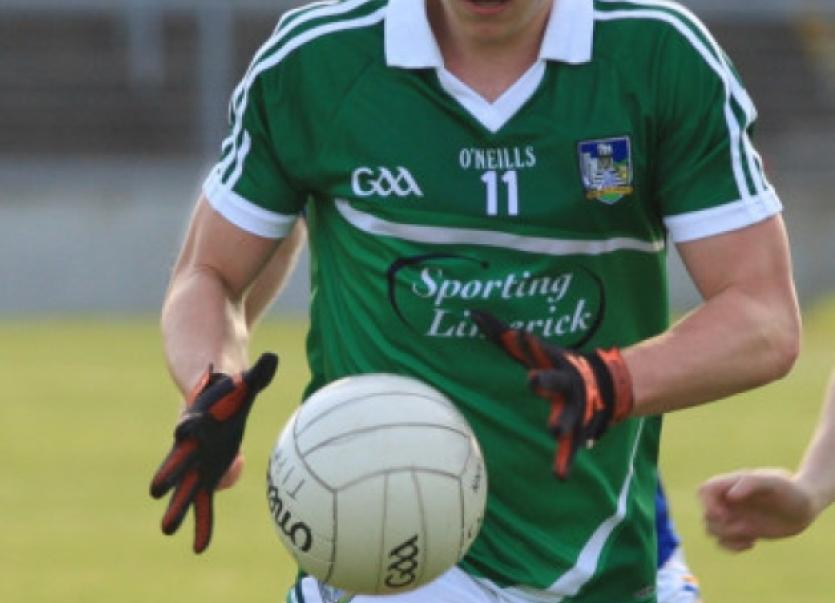 THE way is finally clear for the final of the Limerick Premier U-21 football championship.

THE way is finally clear for the final of the Limerick Premier U-21 football championship.

This Sunday Newcastle West booked their final spot with a 3-13 to 0-9 win over St Kierans.

Newcastle West, assisted by some players from Monagea, now play the Athea-Mountcollins combination in the final on Sunday January 4 in Dromcollogher.

In Sunday’s second semi-final a pair of Eoin Hurley goals made the difference for winners Newcastle West. The first, within three minutes of the throw-in, left the winners in a position of never being led; the second, seven minutes before the break, opened up a gap that Kierans were never likely to bridge even though they kept in contact until the final quarter when resistance crumbled as the Newcastle finishers started peppering their posts from every angle.

Leading the way for Newcastle West was Cian Sheehan, who made his Limerick senior championship debut this Summer against Tipperary in the Munster SFC.

Along with Hurley, the winners also had scores from Shane Brosnan 1-2 and Shane Stack and Kieran Brouder with 0-3 each.