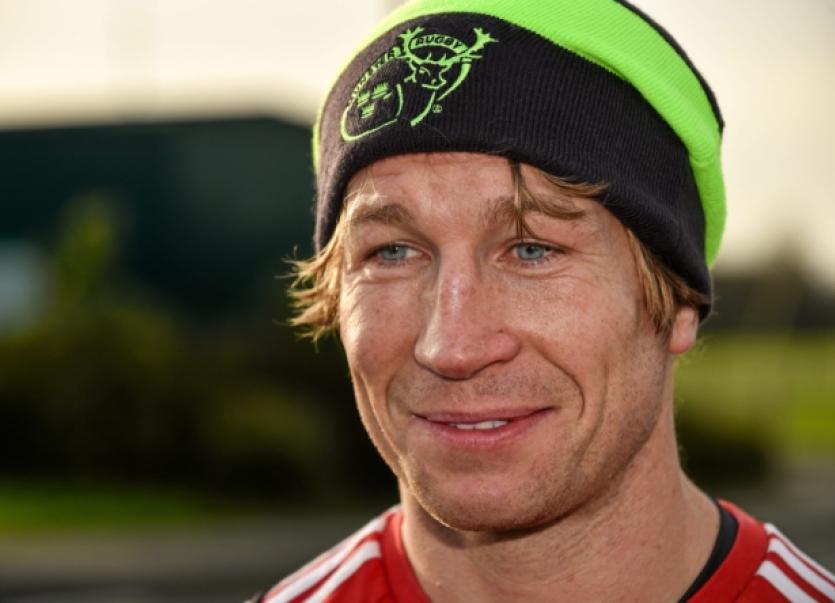 ASSISTANT coach Jerry Flannery returns to familiar ground in Galway on New Year’s Day as the former Irish hooker spent two years with Connacht as a player before joining up with Munster.

ASSISTANT coach Jerry Flannery returns to familiar ground in Galway on New Year’s Day as the former Irish hooker spent two years with Connacht as a player before joining up with Munster.

Anthony Foley’s third-placed Munster side face another sold-out Irish derby on Thursday when they take on a Connacht side which has not lost at home this season at the Sportsground in the Guinness PRO12, 5pm. (Live on TG4)

Munster trained this week on the impressive 4G pitches at UL with one eye on their European Champions Cup tie at Allianz Park in mid-January. Sarries’ home ground at Allianz Park has an artificial surface.

Munster scrum coach Flannery has fond memories of the time he spent in Galway before joining Munster in 2003. Scrum coach Flannery said: “I had a brilliant time for the two years I was up in Galway and I learned an awful lot. I think it’s funny seeing the evolution of Connacht rugby now because Connacht would probably find it a disparaging comment if I was to say that it is a good place to go and develop because I think they have a goo nucleus of good players, predominantly all Irish.

They will be looking to hold into those players and kick on, challenge for silverware.

“We are aware that the game on New Year’s Day is a real challenge for us because I know from going up there, when I worked with TG4, that the atmosphere there is really good.

“It can be quite an intimidating place. I used to really enjoy going up there with TG4. I don’t know if I will enjoy it so much going up there with Munster I think they have done a fantastic job. I haven’t worked under Pat Lam, but I have worked under Dan McFarland (assistant coach) and I think he is a very astute coach, one of the best in Irish rugby.”

Munster has a major injury doubt about Robin Copeland for the trip West due to a shoulder injury, but Tommy O’Donnell and Felix, who also picked up knocks in the St Stephen’s Day win over Leinster will be available for selection. Munster will also have the four Irish internationals, Paul O’Connell, Conor Murray, Simon Zebo and Peter O’Mahony available to them for selection, but all four may not feature. Flannery said: “As far as I know everyone is available to us. What is going to limit them is really their general health and fitness. We have named a fairly big squad so far because we are not sure. We will see who comes through training this week and who we put out onto the field for the Connacht game.

“It was important for us on the back of losing three games to pull out the performance we did against Leinster on St Stephen’s Day. If I was Leinster I would be pretty disappointed because they are a lot better than they showed at Thomond Park.”

Connacht are sixth in the PRO12 table nine points off Munster.