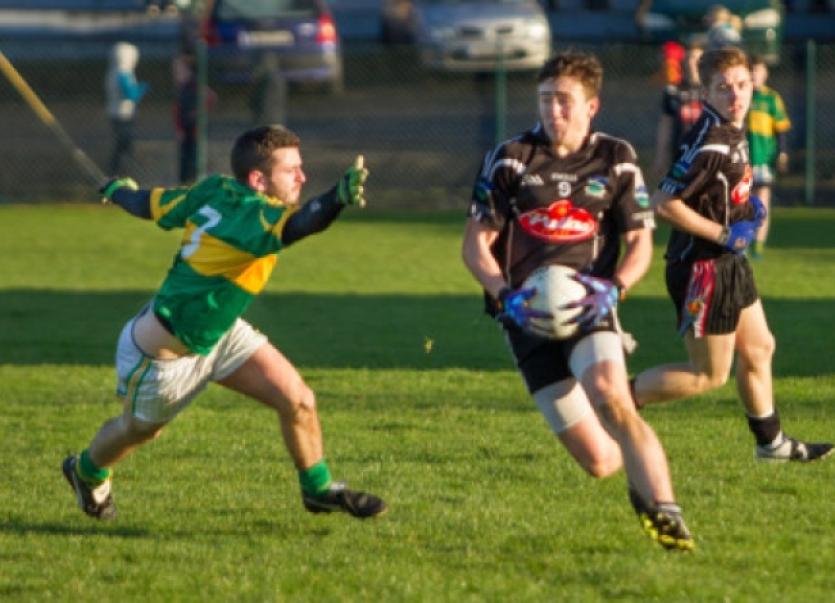 LIMERICK’S Premier U-21 football championship final takes place this Sunday, January 4 at 2.00 in Dromcollogher between Newcastle West and Athea-Mountcollins.

LIMERICK’S Premier U-21 football championship final takes place this Sunday, January 4 at 2.00 in Dromcollogher between Newcastle West and Athea-Mountcollins.

Just like last season the Limerick Premier U-21 football championship didn’t get finished within the calendar year.

Newcastle West bid to join Fr Caseys on top of the roll of honour with their eighth title.

Champions in 2012, Newcastle West arrive into the final unbeaten - winning six games and drawing in the semi-final.

The Athea-Mountcollins combination have operated in recent years as Feale Rangers at minor and U-21 football level.

Remarkably, three years ago at minor level, neither of Sunday’s finalists played in the premier grade.

Both were respective West champions but Newcastle West contested the MBFC final but lost to Killulta Gaels, while Feale Rangers lost to Oola in the MAFC semi-final.

While Newcastle West have a seven previous wins, Athea-Mountcollins chase history on Sunday.

For their part, Athea will look to relive the year of 1996 when they were west U-21 A champions after a final success over Glin.

On Sunday, the combination are managed by Pat Ahern (Athea) and Michael Lenihan (Mountcollins).

Captained by Matthew Brouder, they have a 2014 inter-county senior panellist in Stephen Cahill, who was a dual county minor in 2013.

Others that are key to Athea-Mountcollins are Mark O’Connor, Patrick Delee, Kevin Murphy, Denis Greaney and Jamie Lenihan.

They won three of their five group games to advance to the quarter-finals.

They then beat champions Rathkeale-Cappagh after a replay in the quarter-final and Ballybrown in the sem-final.

Sunday will be their eighth game and they have scored 15 goals to date.

Newcastle West, who are assisted by some players from Monagea, have also being among the goals with 13 enroute to topping their group with a 100% record.

On Sunday they could be set to field a full strength side for the first time with Joey Healy and Gavin Reidy back in contention after injuries.

Cian Sheehan, who made his Limerick championship debut against Tipperary in the Summer, is their key man in midfield.

Others central to their cause are Kevin and Stephen Brosnan, Brian O’Sullivan and Eoin Hurley.