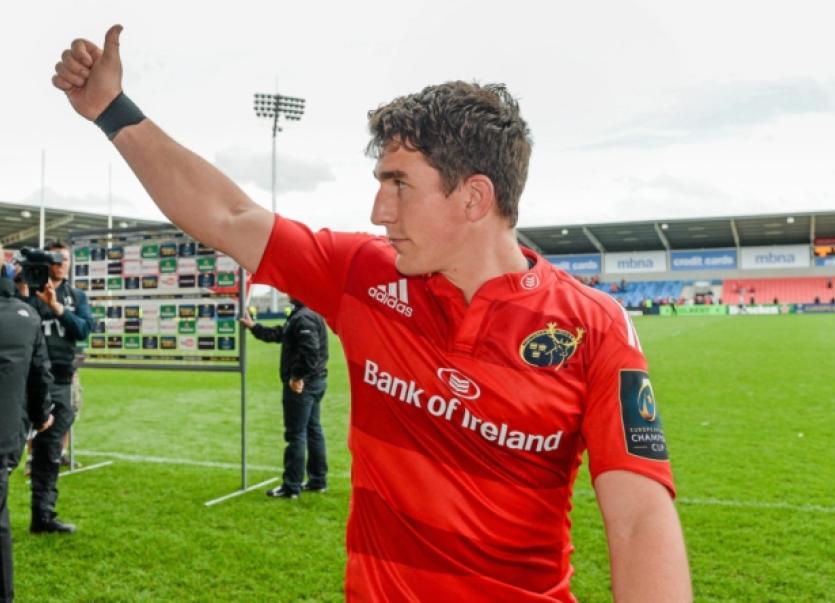 Ian Keatley said: “I think when you look around the stadium (the AJ Bell), all the fans who have travelled over. It is unbelievable. We player for ourselves, we play for our families but we play for the fans.

“When you see them coming out here, it means so much. You just want to give something back to them.

“It was pretty nervy. For the first drop-goal attempt Chris Cusiter chased me and I had to pass it on.

“In fairness, the lads got us into a great position and thankfully it went on.

“All credit to the lads who got us into that position.

“As a 10, situations like that are your responsibility. We were in our own half and JJ (Hanrahan) took the responsibility to kick it into that corner. We got the field position and the forwards got us into the drop goal position.

“It is 9s and 10s responsibility then and thankfully all the practice I did, it went over.

“The breeze was strong and it was behind us in the second half. We knew if we held onto the ball, we would get our chances. To get an away win, yeah, it’s a tough group. We will recover now and prepare for Saracens at Thomond Park next week.”

Man of the Match CJ Stander said the players knew the importance of retaining the ball and building pressure through the nervy closing minutes of the game.

“We were just thinking that we needed to keep the ball, to put them under pressure.

“We felt if we kept the ball, we would get the rewards, put it all on Keatley and say ‘you have to put this over mate.’

“It was an early kick-off and you could see at half-time that everyone was disappointed in themselves. Axel came in at half time and just said ‘we can play, we know how to play, let’s go out, keep the ball and put pressure on them. We came out. Paul (O’Connell) led the team and Peter (O’Mahony) also.

“The fans were terrific. You could hear the singing of our supporters.

“I have goose bumps, guys coming over here supporting us. It pulled us through those last 10 minutes. Thanks to them, thanks to the supporters.”