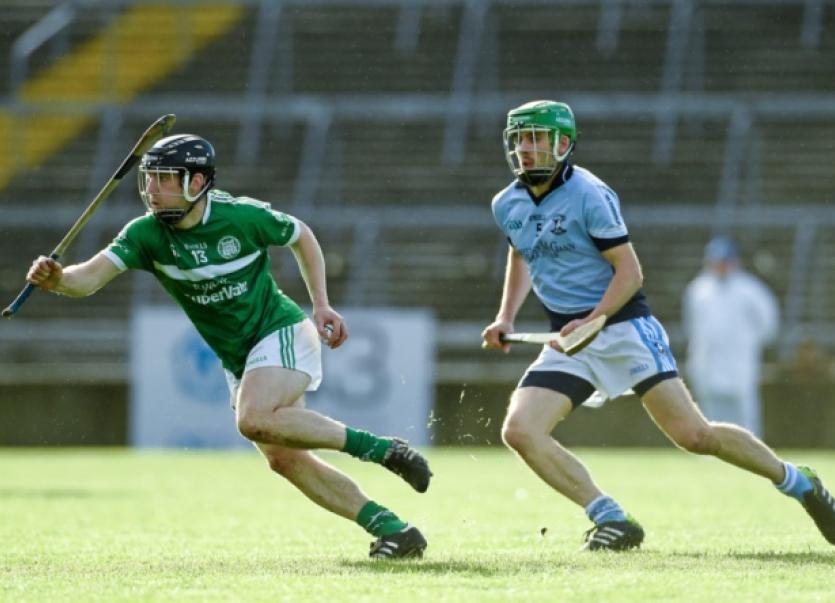 WITH Kilmallock crowned Limerick senior hurling champions, Jerome O’Connell picks his Limerick SHC team of the season and outlines the reasons for his selections.

WITH Kilmallock crowned Limerick senior hurling champions, Jerome O’Connell picks his Limerick SHC team of the season and outlines the reasons for his selections.

County champions Kilmallock lead the team with six of the players, while a total of eight different clubs are represented. Just Eoin Ryan remains from the 2013 LeaderSport Limerick SHC Team of the Year.

The Kilmallock man was Mr Reliable between the posts for the champions. Just six goals were conceded in eight games, of which five were clean sheets. Stood strong when Na Piarsaigh came in search of second half goals in the county final. Doon’s Eoghan McNamara and Paul Butler of South Liberties are others with championship’s of note.

The 19 year old was a tight marking defender throughout the championship. Great to see the game and fast onto breaking ball. Kilmallock’s Liam Hurley was also dominant, along with Eoghan Costello (Adare) and Patrickswell’s Neil Carmody.

O’Loughlin never looked in trouble at the edge of the Kilmallock square. Cool, calm and collected he was able for varying opponents. Brian Quinn (Ballybrown), Nigel Finch (Knockainey) and Pauric Treacy (Ahane) were also key men for their respective clubs.

The east Limerick man was a shining light in their defence. Best in many a 50-50 battle and intercepted across the full back line at times. Kieran Kennedy (Na Piarsaigh) and Stevie O’Reilly (Ballybrown) were other corner backs to shine throughout the season.

The inter-county man carried his top Limerick form back to his club. Played across the half back line and in midfield. Liam Walsh (Kilmallock) and Cathal King (Na Piarsaigh) were also prominent.

Rarely was there a Patrickswell game where Byrnes didn’t stand-out and also chipped in with scores from long range frees. Wayne McNamara (Adare) and Philip O’Loughlin were others of note in central defensive roles.

The county minor played from the corner forward position to the half back line. Ended the year at No7 was in influential in all games. Doon’s Richie English, Conor McSweeney (South Liberties) and Kevin O’Donnell (Kilmallock) also had top outings during the championship.

Played in a number of roles throughout the season and certainly benefited from being injury free. Always appears to get hold of possession and when in midfield supplied ideal ball to his inside forwards. Donal O’Grady (Granagh-Ballingarry) and Tom Ryan (South Liberties) were others that were central to the aspirations of their sides.

From midfield to centre back, the Limerick goalkeeper appeared to drag Effin through some games. Won some amount of possession and hit crucial scores. Dan Morrissey (Ahane) and Paudie O’Brien (Kilmallock) were also in contention.

The scoring exploits were key to Ahane reaching the county semi-final. While his frees dominated many a he scoresheet also amassed scores from play. David Dempsey (Na Piarsaigh), William Hickey (South Liberties) and Darren Sheehy (Effin) also caught the eye in some outings.

His role in attack for his club still raises some eyebrows but he has influenced many a game from No11. Found some great scores at vital times and when needed roamed back into the half back line. Kevin Downes (Na Piarsaigh) and Darragh O’Donovan (Doon) had some sparkling outings.

Adare reached the county semi-final and Sexton was the one member of their attack to maintain form from start to finish in the season. Drives at teams with pace and had a number of key outings on the scoring front. Cian Lynch (Patrickswell), Robbie Egan (Kilmallock) and Mike Fitzgerald (Doon) were also prominent.

The championship winning captain constantly had opposing defences on the backfoot. Even when marked by Cathal King in the final he hit three points. Adrian Breen (Na Piarsaigh), Eoin Kennedy (Granagh-Ballingarry) and Alan O’Connor (Ballybrown) were also key score-getters for their teams.

Started the year in midfield where was orchestrated play but ended in attack. Scored a memorable winning goal in the final and his accuracy from frees was vital throughout the campaign. Shane Dowling (Na Piarsaigh), Thomas O’Brien (Patrickswell), Ciaran Carberry (South Liberties) and Tom Morrissey (Ahane) also had fine displays.

Ryan was the leading light as Doon topped their group unbeaten. From play and often from frees he scored goals and point aplenty. Lucas O’Brien (Adare), William O’Donoghue (Na Piarsaigh) and Lar Considine (Patrickswell) also featured strongly for their teams.