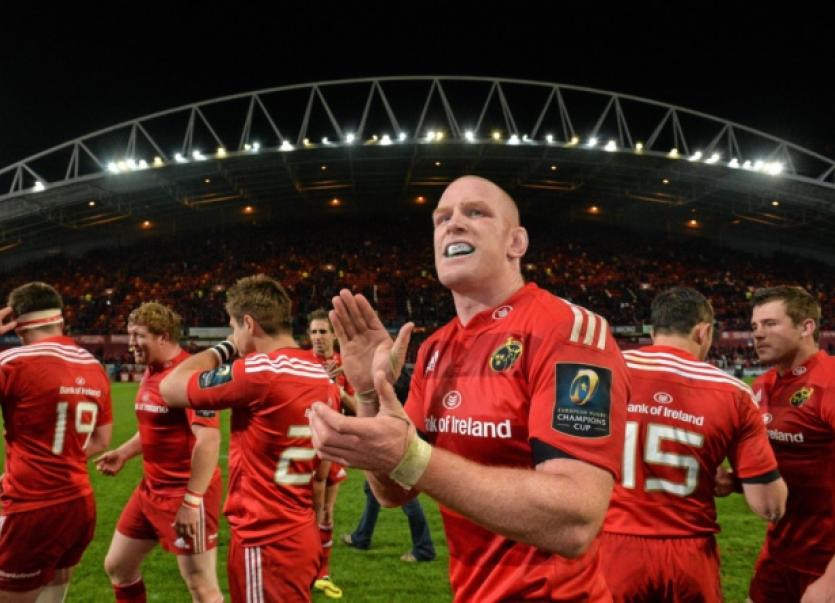 MUNSTER soared to top spot in Pool 1 of the European Rugby Champions Cup thanks to a gritty 14-3 win over Saracens in their absorbing tie played out before a sell-out attendance of 25,600 at Thomond Park this Friday night.

MUNSTER soared to top spot in Pool 1 of the European Rugby Champions Cup thanks to a gritty 14-3 win over Saracens in their absorbing tie played out before a sell-out attendance of 25,600 at Thomond Park this Friday night.

Prop Dave Kilcoyne came off the bench to score a decisive 61st-minute try while Saracens replacement prop Rhys Gill was in the sin-bin.

Ian Keatley, who had an indifferent night with his goal-kicking contributed two penalties and his drop goal - with 14 minutes left - to seal Munster’s fifth win in six European Cup games against the Aviva Premiership high-flyers.

The sides were level 3-3 at half-time, after an arm wrestle of an opening half which was hugely physical and intense. Both defences held sway in this old-fashioned Cup tie which proved absorbing from full whistle to last.

Kilcoyne’s try, scored moments after television match official Eric Gauzins denied Conway what seemed a legitimate try as he squeezed over in the right corner past David Strettle, proved crucial as Munster picked up their second successive win in the competition. Munster will also be pleased to have denied Saracens a losing bonus point before their thoughts turn to their European Rugby Champions Cup ties with French Top 14 leaders Clermont Auvergne in December.