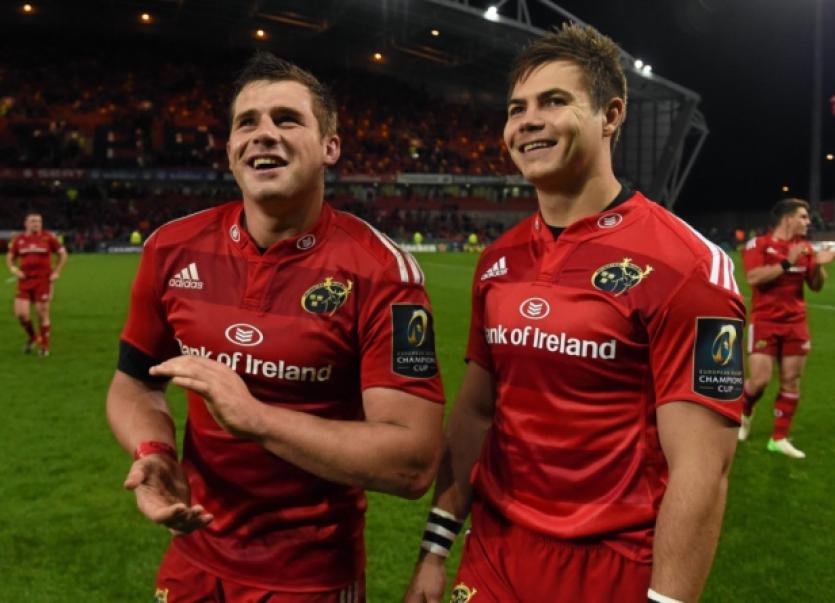 A 60th minute try from replacement prop Dave Kilcoyne proved key in Munster’s precious win in an absorbing, teak tough contest where defences dominated. Sarries were down to 14 men at that stage with the earlier sin-binning of their replacement prop Rhys Gill which proved a turning point in the game.

“We are in a good position, but that is all it is,” Anthony Foley said.

“We have eight points. We have Clermont back-to-back in a few weeks time, but we have a lot of work to do between now and then. There is a game against Cardiff next week in the Pro12. We have 11 guys away on international cam with Ireland from Tuesday on. While they are away we have Cardiff and Dragons. We want to win those games. They are away from home, but we will go about our job.

“I think this is a satisfying result for us. It is on the back of 13 incredible days of work and the buys turned up for work every day. It is great to see a performance like that, the composure, the control they had in the game to see it through.

Foley admitted the yellow-carding of Sarries prop Rhys Gill helped the home side gain momentum in the game.

Foley said he couldn’t figure out how Munster winger Andrew Conway had a ‘try’ disallowed by the TMO shortly before Kilcoyne struck for the game’s only five-pointer.

“I am not sure why Andrew’s (Conway’s) try wasn’t awarded. The TMO’s decision went the wrong way, I don’t know why. Looking at it from my screen I was happy he dotted down the ball, but maybe I’m biased. For us to take that blow and then go straight back down and score directly off that line-out says a lot about the character which is in the team.

“There were times when Saracens were on top of us which you would expect. I thought we withstood that. They are a very good side. They have a lot of pedigree and it was great for us to do what we did today against them, stick to our task, make sure we didn’t flinch first. Any ball that was on the ground, I thought we won it.”