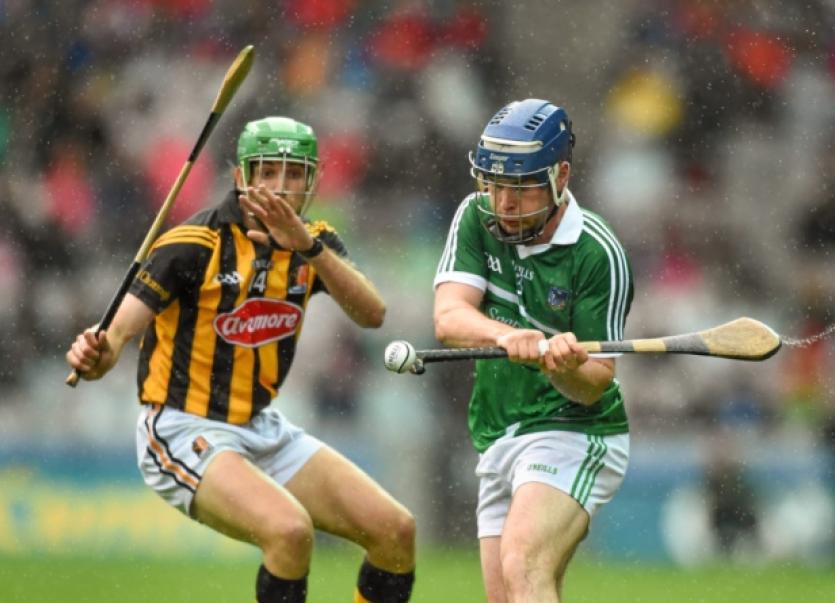 ANOTHER heart-breaking All Ireland SHC semi-final defeat for Limerick this Sunday with the 2-13 to 0-17 loss to Kilkenny in Croke Park.

ANOTHER heart-breaking All Ireland SHC semi-final defeat for Limerick this Sunday with the 2-13 to 0-17 loss to Kilkenny in Croke Park.

Just twelve months ago Limerick were beaten by Clare after failing to perform.

But this time round, Limerick left everything out on the field but just came up short.

The goals in either half proved the difference at the end - just like the Munster final.

The decisive score came in the 55th minute when sub Richie Power appeared to get the final touch ahead of Eoin Larkin to divert a free to the Limerick net.

After a fine opening half it was Kilkenny that took a 1-9 to 0-10 lead into the half time break.

That was after a 35-minutes that Limerick had led until injury-time when Richie Hogan struck for goal.

Limerick had wanted a good start and that’s what they got.

Limerick were 0-4 to 0-2 clear by the 11th minute by which time Brian Cody’s side had four wides.

But back came Kilkenny to level for the second time in the half.

Then Limerick pressed home the advantage their display deserved with Shane Dowling, Hannon, and Mulcahy hitting points for a 0-8 to 0-5 lead with 23-minutes played.

Limerick’s seventh score of the half was their first from a free with five of the six attackers on the mark.

Ten minutes before the interval came the first real Limerick goal chance when Dowling tried to bat to the net after O’Grady delivered an angled ball. But the chance was saved and smothered clear.

Two minutes later Limerick went 0-9 to 0-6 up with a Dowling free. The Na Piarsaigh man was fouled by JJ Delaney for the free and the decision not to show a card to the Kilkenny defender appeared strange when it seemed Dowling had been pulled back by the faceguard.

After bossing the opening 25-minutes, Limerick then appeared to allow Kilkenny dominate.

They were to score 1-3 in the finel seven minutes of the half with just a 29th minute Dowling point in reply.

The all important goal came in the 36th minute when Richie Hogan found the net.

Such were the fine margins that the referee allowed two advantages in the build-up to the goal.

The reply was almost instant but alas it was not to be!

Mulcahy attempted to score from the sideline but the sliothar fell short. Breen was under the dropping ball and most saw the net shake but the ball was cleared and Kilkenny took a lead of two points to the half time dressing room.

In a heavy downpour the early second half was tit-for-tat and indeed scores were scarce.

But in the eighth minute Limerick set off on a spree of five successive points.

Hannon, Seanie Tobin and Dowling frees had Limerick 0-16 to 1-11 clear.

But then came the Kilkenny second goal.

Limerick were to score just twice in the final 20-minutes and this was crucial.

There were chances but Kilkenny defended with their lives and Limerick just lacked the composure to draw level.

A TJ Reid point in the 66th minute left Limerick seeking a goal but it never came.