TJ Ryan’s future to be decided in coming weeks 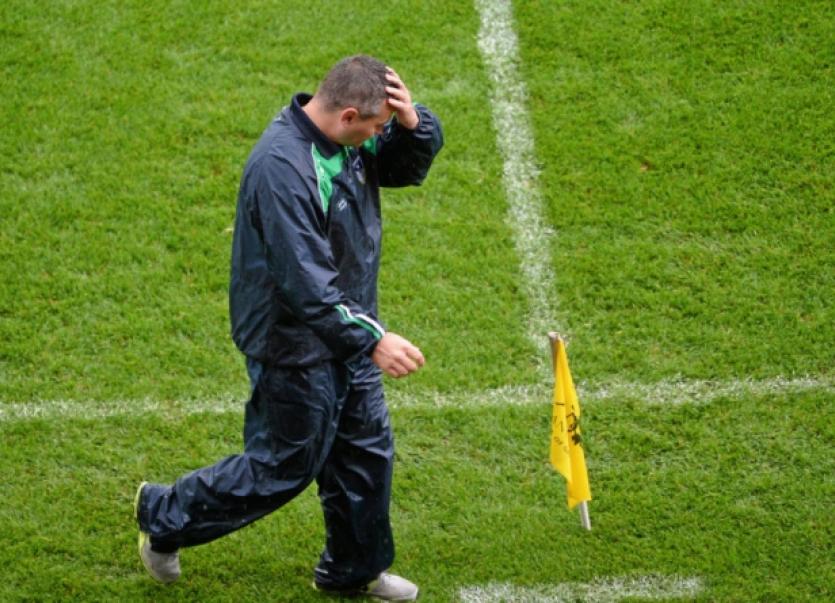 LIMERICK GAA officials are to sit down with TJ Ryan in the coming weeks to secure his future as Limerick hurling manager.

LIMERICK GAA officials are to sit down with TJ Ryan in the coming weeks to secure his future as Limerick hurling manager.

There were immediate calls on Sunday evening in Croke Park for Ryan to lead the Limerick charge into 2015 after Limerick bowed out of the All Ireland championship, losing 2-13 to 0-17 to Kilkenny.

The August monthly meeting of the County Board is to take place this Tuesday night in Claughaun where Ryan’s future could be discussed.

The Garryspillane man stepped into the manager role on his own after Donal O’Grady’s departure last April as joint-manger.

Ryan was to lead Limerick for the remainder of the season but now the hope is that the former inter-county captain will remain at the helm.

After the heartbreaking two point semi-final loss to Kilkenny, Ryan said that he would take time before making any decision on the future.

“I am obviously very very disappointed tonight and will have to sit down and have a look at it,” Ryan told the media in Croke Park.

“I would be incredibly proud of the lads and really thankful of everyone who has helped in the management team for the last number of months. The performances have been good but the bottom line is we came up short in the Munster final and again today,” he sighed.

“In time we will sit down and see a lot to build on but right now leaving Croke Park is bitterly disappointing - it’s such a hard road and such hard work is required to get back here.”

He added: “When we sit down there are positives and there are a lot of powerful players in that Limerick dressing room. But we are extremely disappointed obviously,” he explained.