Limerick captain promises the hurlers will be back stronger 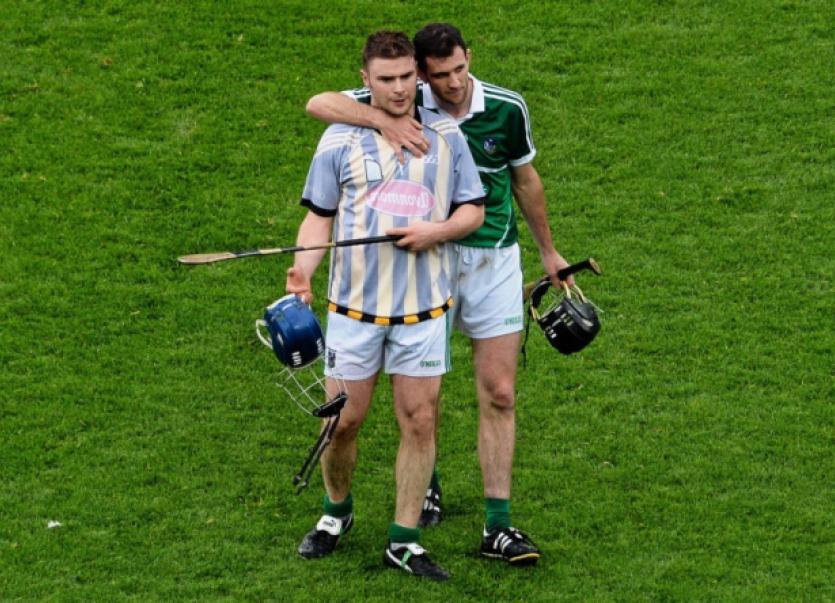 THE Limerick senior hurlers have vowed that they will bounce back from the heart-breaking loss to Kilkenny.

THE Limerick senior hurlers have vowed that they will bounce back from the heart-breaking loss to Kilkenny.

Just minutes after the two point All Ireland SHC semi-final defeat, thoughts were somehow turning to next year.

“You are dealing with a great bunch in there - there is talk about next year already,” said captain Donal O’Grady.

“It’s hard to look back now because fellas left everything out there,” said a downbeat captain.

“There is the solace of we gave it everything and we were playing Kilkenny, but you always have the regret of not performing against Clare whereas this year we left everything out there, but I felt we were just a small bit unlucky,” explained the attacker.

“We gave everything so what do you say - the one thing about sport is that it is unbelievable when you win something but won days like today it is easy to feel sorry for yourself but that is the one thing about us is that we will stick together as a group.”

O’Grady spoke of the importance of goals.

“We had four or five goals chances - we had two in that first half. The goal they got was a sickener - It came from me giving away a silly free down the other side, a high ball in and you wouldn’t say it was a classy goal but it was the difference,” recalled O’Grady.

The captain also felt Limerick let their dominance slip in the closing stages of the first half.

“We were definitely four or five points the better team in the first half and went in two points down I think - we were really focused on starting well and if you have any chance against Kilkenny you have to take the game to them and we did that.”

“There are some great leaders in there and there is talk of next year already. We did give it everything from everyone - even the lads that didn’t make the panel today, there attitude was everything. You couldn’t have asked for anymore,” he said.

He vowed they will return.

“We are proud Limerick men and if we are going to win an All Ireland that is the bar. We gave them some rattle today but unfortunately it wasn’t enough. That shows the level that they (Kilkenny) are at, that they can beat a team like Limerick today who went in confident. They were able to take the weight of been favourites on their shoulders and ride out the storm and take the win and that’s credit to them,” said O’Grady.

“Richie Hogan getting the goal just before half time was a blow but at half time we said look there is plenty left in the tank but we just found it hard to get scores in the last 15-minutes when we had opportunities.”