Seamus Hickey: “Until we win silverware I don’t think we can ever be satisfied” 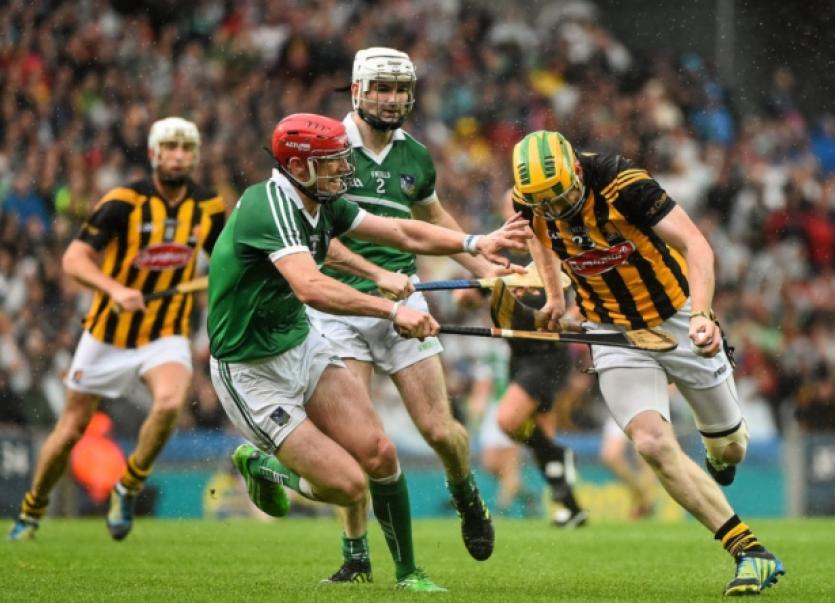 TWELVE months ago Seamus Hickey fell to the Croke Park turf in agony.

TWELVE months ago Seamus Hickey fell to the Croke Park turf in agony.

The Murroe-Boher man lay on the field towards the Hill 16 end as Clare raced into a 1-4 to 0-1 lead in the All Ireland SHC semi-final.

The pain was clear for all to see.

But the personal journey of the 2007 Hurler of the Year has been remarkable in the past 12-months.

He left nothing to chance as he worked his way back to full fitness with sheer grit and determination.

He missed the entire National League campaign - only returning to action when Limerick played a pre-championship challenge game against Cork to mark the official opening of new facilities in Charleville GAA grounds.

Four championship games later and Hickey is certainly on the short-list for Limerick’s Hurler of the Year.

Last Sunday in Croke Park Hickey came face-to-face with TJ Reid, who pre-match was a short priced favourite to win Hurler of the Year.

By Monday morning Reid had drifted to 7/1 for that award and Hickey had been awarded Man of the Match - despite his side losing.

Ironically, Hickey was following in the footsteps of Croom’s wing back Peter Lawlor - who was named as Man of the Match when Limerick lost to Kilkenny in the 2005 All Ireland quarter-final in Croke Park.

When Hickey made his way from the Limerick dressing room, words didn’t come easy.

“It was raw, very very raw at the final whistle and in that dressing room there was not a sound to be heard,” outlined Hickey with a lump in his throat.

“You can just feel the heartbreak.”

Hickey paused to gather himself.

“It’s just so hard because we set our targets so high because we feel we are good enough not because we want to over achieve. Right now it’s just raw disappointment and heart-break.”

He continued: “No amount of back slaps, no amount of cheers or claps are going to make us feel better right now and I think that’s the way it should be”.

“It is so hard to be where we are after giving what we have given - I felt we gave everything today and literally it was two touches of a ball, at the end of the first half and then in the second half that decided the game.”

Hickey was awarded The Sunday Game Man of the Match ahead of Kilkenny pair Colin Fennelly and Jackie Tyrrell.

“It’s raw now at the moment, it’s just very raw. We literally poured ourselves out. This is a tough place for us to be. We felt we wanted redemption this year, we wanted to come to Croke Park and do ourselves justice, represent ourselves for what we feel the effort we put in and the ability we have,” said Hickey.

But Hickey and Limerick will be back, he promised.

“The way I look at it we have to use this as fuel for the next journey. What else do we have at this time - if you don’t look ahead you focus on the pain of now and I think Donal (O’Grady) said to us that feeling sorry for ourselves will only get you so far. Unless you turn this into fuel for the next journey - we have got to stay positive and that’s the kind of leader Donal is, the kind of leader TJ (Ryan) is,” outlined a clearly heart-broken Hickey.

Hickey was left to ponder the little breaks that went the way of Brian Cody’s Kilkenny and not towards the underdogs, Limerick.

“They got the bounce and got the touches when they needed them. The second goal, nine times out of ten that going outside the post,” said Hickey of the goal that appears to have been scored by Richie Power, but Eoin Larkin was also close at hand when Richie Hogan delivered a long free into the Limerick goalmouth in the 55th minute.

“I thought the response to conceding the goal was super - it was heads up and we went down the far end and creating a goal chance straight away and all it needed was to hit off someone helmet and it was in - but we didn’t get it,” he said with a shake of his head.

But Hickey accepts that positives will eventually be taken from his latest trip to Croke Park and that Limerick hurling is now is a good place.

“I do not feel inferior to Kilkenny - I feel we could possibly have won that game and that’s why it hurts,” he said.

“Until we win silverware I don’t think we can ever be satisfied and that’s the long and the short of it,” said Hickey.