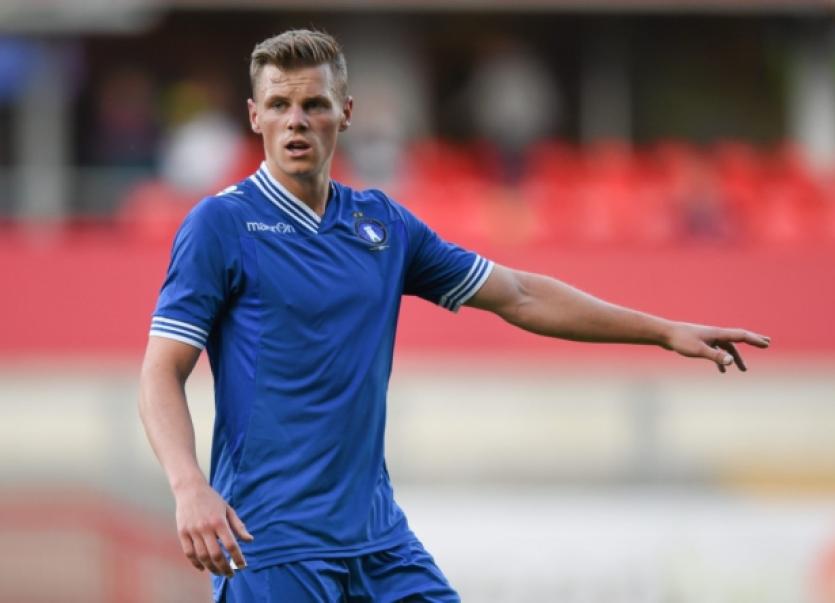 IAN Turner is enjoying a new lease of life at Limerick FC, having put the frustration of missing out on game-time at Premier Division title-chasing Cork City behind him.

IAN Turner is enjoying a new lease of life at Limerick FC, having put the frustration of missing out on game-time at Premier Division title-chasing Cork City behind him.

Twenty five-year-old Turner joined Limerick on loan from Cork at the start of last month.

And the former Wilton Utd youngest has made an impressive transition, scoring for the Blues in their recent win over Shamrock Rovers and setting up Rory Gaffney for his hat-trick goal in Thursday night’s win over Bray Wanderers.

Turner insists his motivation in the game will come from wanting to help Limerick pick up three valuable points rather than doing second-placed Cork City a favour in the title race.

“That is not something I will be thinking about going into Friday’s game (against Dundalk).

“I have settled in well here. It was a little bit topsy-turvy when I arrived first because obviously Stuart (Taylor) had signed me and one game later he was gone.

“I didn’t know where I was. But since Martin (Russell) has come in, it has really settled down.

“We have been working hard in training and that paid off with the last two results. It is important to build on it.

“At the time last month, I would have said it wasn’t hard to leave Cork City for Limerick because I had experienced such a frustrating first six months.

“At the start of the season, I would have hoped to be in the plans of the manager. I was tole I was in his plans. I was suspended for the first game of the season and from there, I just never seemed to get a run.

“At the time, it was a no-brainer for me because for my own career I had gone from playing 30 games last season and the season before to literally playing none.

“I came on in two games for the first six months of the season. It was important that I look at my own career rather than the sentimental thing with Cork. I think it was a no-brainer.

“There were a couple of options other than Limerick. Once Limerick came in, it seemed to be the right fit for me.

“For me the way Limerick played, the fact it was close to home, although that didn’t have a huge bearing, the fact they showed an interest, that was the most important thing for me.

“Since Martin (Russell) has come in, we have looked a lot more organised than we did in the previous games.

“The main thing is everyone knows their job. In the last two games, we emphasises where the strengths are.

“It was always going to take time for me to get my match fitness up to where I wanted it to be because I hadn’t played.

“I have played five games now and am still working towards that. Even when we win games, I would be my own biggest critic. Fitness wise I am getting to where I want to be. As long as I can keep contributing, setting up goals and getting goals, that is my main objective.”