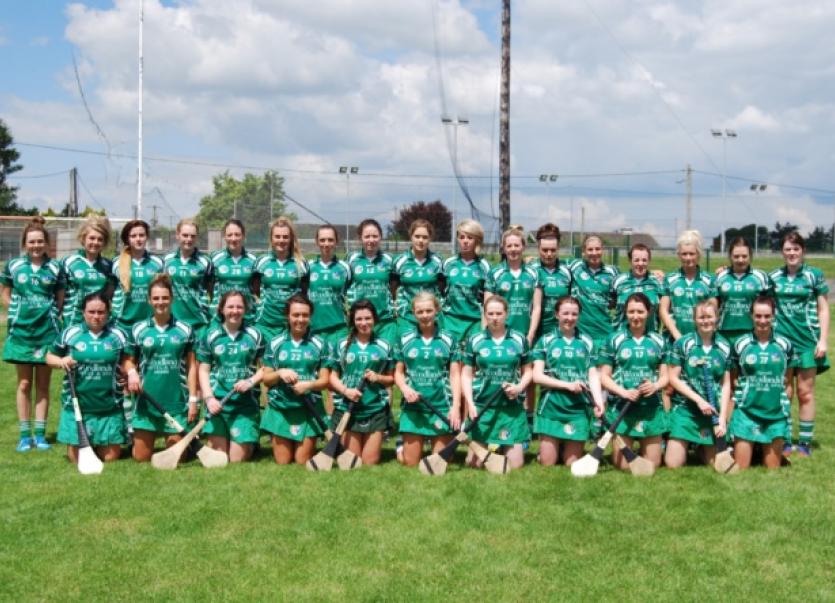 LIMERICK’S senior hurlers may have fallen agonisingly short but this Saturday August 16 their Camogie counterparts will head to Carlow to attempt to ensure Treaty County representation in Croke Park in September.

LIMERICK’S senior hurlers may have fallen agonisingly short but this Saturday August 16 their Camogie counterparts will head to Carlow to attempt to ensure Treaty County representation in Croke Park in September.

Limerick take on Waterford at 1.45pm in the first of a double-header of Liberty Insurance Intermediate Camogie Semi-Finals in Dr. Cullen Park.

The second match at 3.30pm sees Kilkenny take on Kildare.

After a disappointing league campaign, which saw them go through without a win, Limerick’s opposition Waterford have bounced back to qualify for the semi-finals of the championship. Along the way they recorded impressive wins over Meath, Cork and Wexford with their only loss in the group stages being to Kilkenny. The teams met last year in the group stages of Division 2 of the league with Waterford edging a tight encounter by 0-5 to 0-4. They also met in the group stages of last years championship Limerick coming out on top on that occasion by 2-20 to 2-9. Gailltir’s Trish Jackman provides the main Deise scoring threat and will be familiar to Limerick’s senior players having played with them on this year’s Munster Gael Linn team.

Limerick will however come into this game as favourites having finished the group stage of their Intermediate Championship campaign with 4 wins out of 4 scoring 10-74 and with an impressive +76 points difference. The team has progressed significantly since being narrowly defeated in last year’s All-Ireland Intermediate Final by Galway and have benefited from having played their League Camogie at Senior level with wins over senior sides such as All-Ireland champions Galway, Tipperary and Derry translating into a marked improvement in their overall play as seen in the results recorded to date.

Limerick’s team is based on an experienced spine of players such as captain Fiona Hickey, Sile Moynihan, Niamh Mulcahy, Michelle Casey, Sarah Carey and Judith Mulcahy and has also evolved from last year with experienced players such as Aoife Sheehan and Claire Mulcahy returning as well as minor players Rebecca Delee and Deborah Murphy staking out places along side minor captain Caoimhe Costelloe in the starting side. They say success breeds success and last year’s Division 2 title, the Junior side’s Division 4 League title and the Minor’s first ever All-Ireland A win have brought a winning mentality to the camp. The Junior side have already won through to the All-Ireland Junior A Final against Carlow on Sunday 24th August in Moneygall and the Intermediate side will want to match that achievement and get back to Croke Park on September 14.