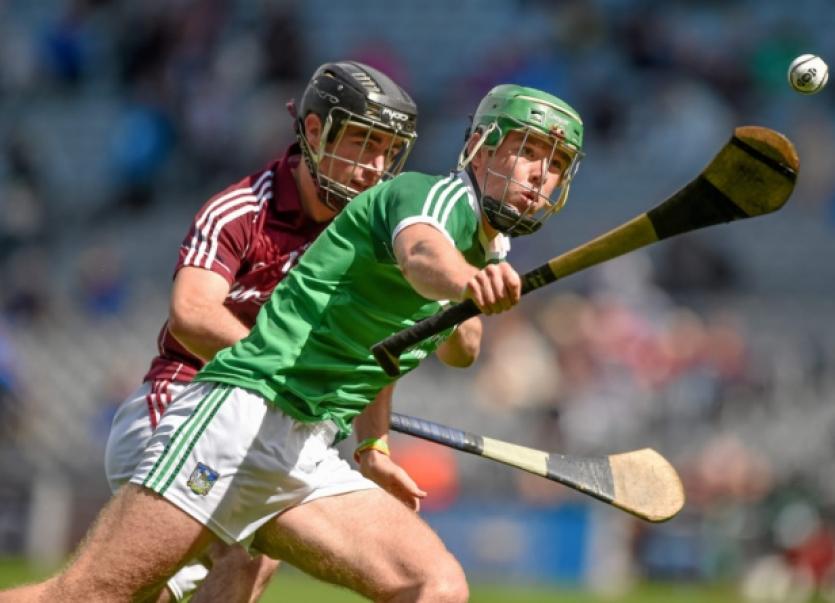 THE Limerick minor hurlers are back in the All Ireland final for the first time since 2005 after a sensational double-scores semi-final win over Galway. It finished 1-27 to 2-9 to Limerick over Galway in Croke Park this Sunday afternoon.

THE Limerick minor hurlers are back in the All Ireland final for the first time since 2005 after a sensational double-scores semi-final win over Galway. It finished 1-27 to 2-9 to Limerick over Galway in Croke Park this Sunday afternoon.

The win also makes up for last year’s semi-final defeat to Galway - a game which will always be remembered for the Hawk-Eye malfunction that denied Limerick a point in a game that was eventually lost in extra-tiume.

But there was no denying Limerick this time round.

The Munster champions flew from the traps and absolutely dominated the first half to lead 1-17 to 2-5 at half time, albeit after playing with the wind.

All six of the Limerick attack were on the scoreboard in that opening half, which was almost blemish free the goals in the ninth and 25th minute aside.

But they were rocked by a ninth minute Conor Whelan goal for Galway.

The response was impressive though.

In reply came six unanswered Limerick points as the entire full forward line of Morrissey, Casey and Fitzgerald were now on the mark.

Crucially the Galway goal was cancelled out in the 23rd minute when Barry Nash powered through the full back line to crash to the net. The South Liberties man had just swapped places with Tom Morrissey and it was the Ahane man that passed to Nash to find the net for a goal that was surely sweet given his Hawk-Eye point 12-months ago.

These scores put the Limerick teenagers 1-16 to 1-3 clear with six minutes to the break.

Galway did hit back when Whelan again goaled in the 25th minute.

But after a superb 30-minutes of hurling it was Limerick that were 1-17 to 2-5 clear at the interval.

It was always going to be an uphill struggle for Galway in the second half and within minutes of the restart that had substituted their entire half back line and both midfielders.

But Limerick continued to dominate.

Seamus Flanagan and Cian Lynch added to Ronan Lynch frees as the advantage reached 1-22 to 2-8.

The final quarter was all about Limerick tagging on points - in the end nine different players got on the scoresheet.

The Limerick management were able to use five subs as thoughts turned to the final and efforts to win a first Irish Press Cup since 1984.