How the Limerick players rated in the win over Tipperary 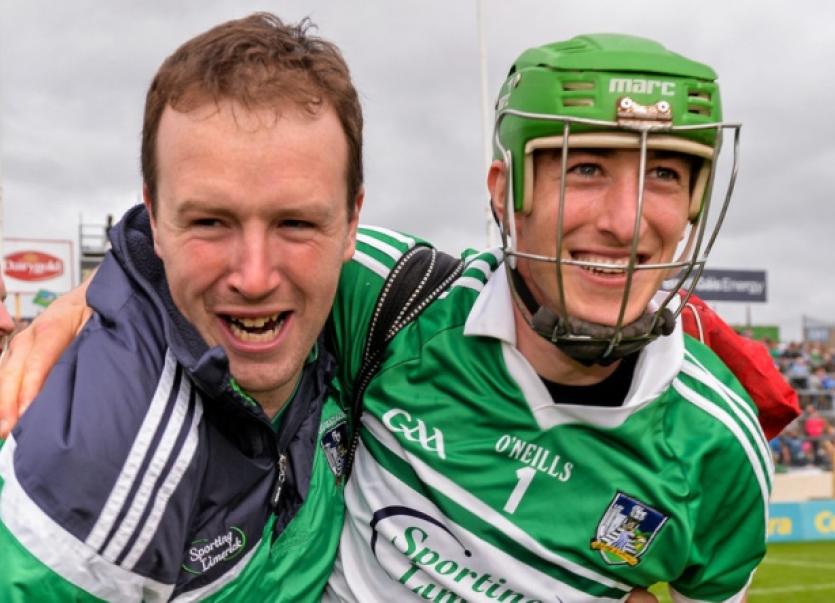 Beaten twice but nothing he could do about them. Never really had to make a save in the contest. A couple of fine high catches and always looked capable in possession. All will be happy with the absence of too many short puckouts to corner backs.

Back for his first Limerick start since doing his cruciate ligament in last year’s All-Ireland semi-final in Croke Park. Reverted from wing forward to the corner back role that saw him crowned Young Hurler of the Year in 2007. Looked like he was never away with some great reading of the game and his characteristic breaks from defence saw him land the final point of the game.

Showed just why he is an All Star with his latest top notch championship display. Cleared ball after ball and used hurley and body to deny Tipperary scores. Allowed Seamus Callanan just a point in either half from play.

Found Patrick Maher a handful at times in the corner but still Bonner only scored a goal and Condon always managed to get in a vital flick or hook. Given the value of Bonner to Tipp, to keep him relatively under wraps was no mean achievement.

Appeared a bit loose at times but in a constantly changing Tipp attack it can be difficult to pin-point who the direct markers are. Won an amount of breaking ball in the half back line and showed great speed of hand and thought to off-load to free men.

Had Noel McGrath very much under wraps when Tipp would have hoped he could be their creator in chief. In the second half the Adare man found Bonner Maher a more able opponent and the big Tipp man won some key ball in the middle of the attack before off-loading or heading towards goal himself.

Time after time he delivered ball into the attack after positioning himself to take passes from defensive colleagues. Also looked a bit loose at times but this was necessary to attempt to counteract Tipp tactics around the middle third.

Looked subdued in the opening half but absolutely thundered into the game in the after the break. Got up and down the pitch with great energy. Hit two wides but swung over a fine effort from the right in the early minutes of the second half.

Voted Man of the Match by The Sunday Game and deservedly so. From the off he dominated midfield and must have had more possessions than anyone else. Had two wides in the opening minutes but few put in a bigger shift.

Aside from one monster effort, Dowling scored every free he stood over. As a primary duty no more can be asked of him. The first half 21-metre free was rifled to the net while his late match-winning effort showed huge composure and skill. There was also the magnificent cross field pass to Kevin Downes in the 54th minute.

The captain drifted off Tipperary’s anchored centre back Brendan Maher and therefore a lot of short ball out of defence went through O’Grady. He responded with some intelligent deliveries. Crucially when Tipp went 2-8 to 1-8 ahead early in the second half the captain hit successive points to help Limerick back into the lead.

Hit just one point from play but won an amount of ball and was fouled for a number of frees, including the one for the goal. Was a target for many puckouts and while he didn’t win clean possession off Conor O’Mahony, he ensured the defender didn’t handle the sliothar either.

Didn’t see as much off the ball as he would have liked. The pressure that the defence were under probably meant fast clean possession didn’t come his way. That said he flashed over a fine point in the second half and had the ball in the net in the 63rd minute but was harshly called back for a foul, seemingly by Dowling.

Was the target for much direct ball but couldn’t handle ahead of Padraic Maher. Got clear near the end of the first half but found the side netting. He did end with two points and made a fine run for the late winning goal and picked the perfect pass to his club-mate Dowling.

Opponent Cathal Barrett was in fine form and denied Tobin much possession. But like his full forward line colleagues he didn’t shirk his responsibilty to work his socks off to put pressure on Tipperary clearances.

Played the final 10 minutes after replacing Tobin and will always be remembered for his injury time point to put Limerick ahead. Backed himself when he raced onto a breaking ball and made little of the angle from the left sideline. Will see plenty of action in the games to come.

The Doon man made his first ever championship appearance when he replaced Graeme Mulcahy in injury time.