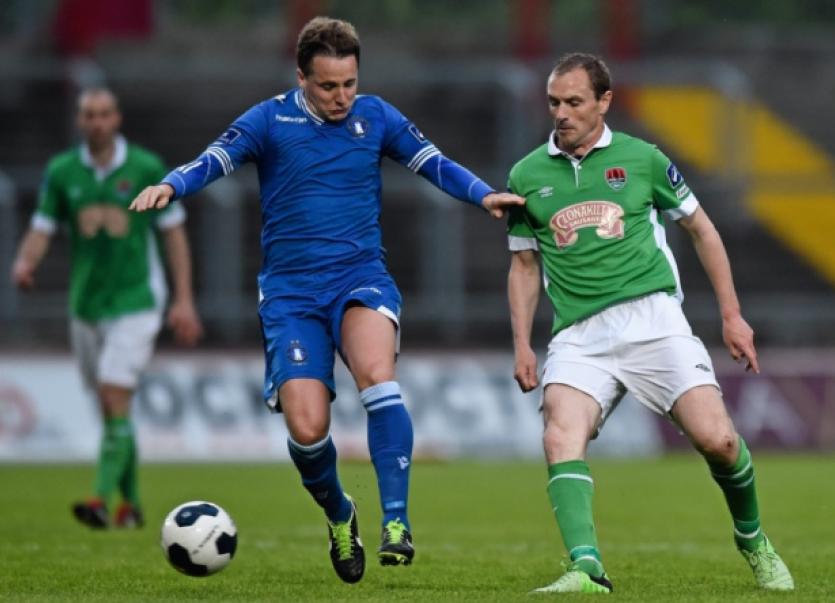 LIMERICK’S two representatives in the FAI Ford Senior Cup will look to book their place in the third round of the competition this weekend.

LIMERICK’S two representatives in the FAI Ford Senior Cup will look to book their place in the third round of the competition this weekend.

And beaten FAI Junior Cup finalists Ballynanty Rovers host Phoenix, of Dublin, in another last 32 tie at the Fairgreen on Sunday at 2.30pm.

Limerick FC have been boosted by two impressive wins in the Premier Division ahead of Saturday evening’s glamour home tie with Bohemians.

Lims’ jumped up to sixth place in the top flight table on the back of an excellent 4-1 away win over Drogheda United on Friday night last.

Blues’ striker Tam McManus, who scored in the victory over the Co Louth side, would welcome an extended Cup run for Stuart Taylor’s charges.

“The FAI Cup is a big cup in Ireland,” McManus said. “It’s similar to the Scottish Cup back home. Everybody involved here and the fans would love a little trip to the Aviva Stadium.

“I think we’ve got the squad here capable of winning a Cup. Obviously you need a little luck in the draw and different things but I think we’re capable of going on a run in the Cup.”

Ballynanty Rovers will look to bounce back from their FAI Junior Cup final defeat to St Michael’s when hosting Phoenix in their second round tie on Sunday afternoon.