Tom Ryan disappointed by below par Limerick U21 hurlers 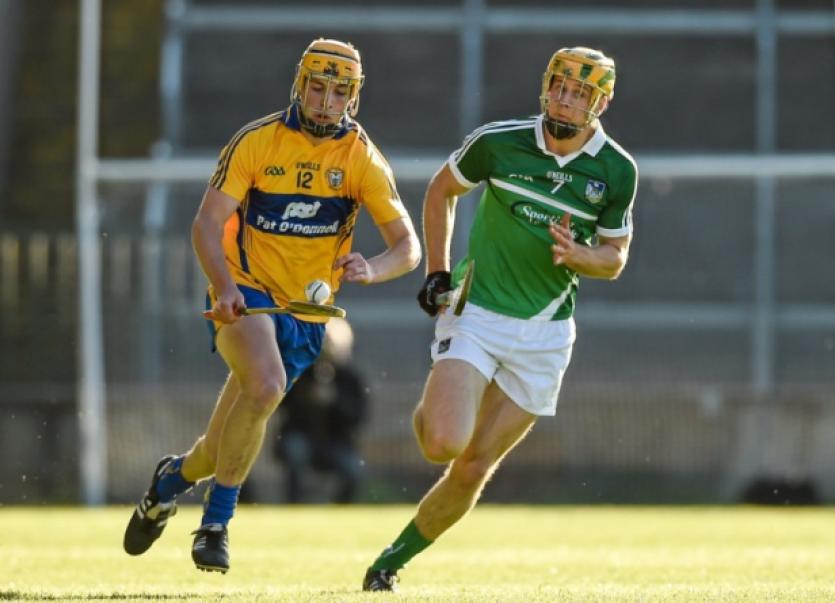 “It was very disappointing - our second half performance didn’t come up to par at all - we never played the game as we expected. Even that we were in with a chance at half time we weren’t happy with our game. Our first touch wasn’t great and contesting high balls we lost a lot of those and the breaking ball,” outlined Tom Ryan, who spoke to the media in place of manager Ciaran Carey.

“After the first half we were there or there abouts at half time - we had actually missed a few chances to get a goal or two and at that we would have been maybe ahead,” outlined Ryan of his side that were 0-12 to 0-10 in arrears at the break in the Gaelic Grounds.

“We hadn’t a bit of luck - a disallowed goal and a few decisions were questionable. Maybe you make your own luck and your own breaks but you need a bit of fluency and things to go someway right for you and that’s didn’t happen,” said the former Limerick senior manager.

“We are disappointed for the supporters, who turned up in huge numbers. It wasn’t much of an attractive match to watch - it looked scrappy and our first touch didn’t come to par as we had prepared for.”

“They are devastated,” said Ryan as he nodded back into the dressing room of players.

“Not after been beaten but the problem was that they didn’t perform. They were ready to play to their best ability,” said Ryan, who was speaking after he made the journey, with Limerick GAA chairman Oliver Mann, to speak in the Clare dressing room.

Ryan recalled how the team hadn’t reached heights in their final challenge game against Kilkenny.

“We didn’t come near that standard tonight - pressure maybe of the occasion,” he said as he shock his head.

He also questioned some decisions of referee, Johnny Ryan.

“Shocking referees decision - some very questionable decisions. When you prepare so hard you expect to get proper decisions and we didn’t get them. But that is not an excuse - we didn’t play up to par. Too many of our big players didn’t perform and when that happens you are playing catch-up and we were playing catch-up - even when we came within two points of them we couldn’t get the breaks to score and they had a few miraculous saves.”

Clare are chasing a hat-trick of All-Ireland U-21 crowns and now advance to meet Tipperary in the Munster semi-final.

“Clare are a fine team with huge experience - we did rattle them for a while and it took them a while to come back at us but when they did they looked very composed. We were up against a great team that proved their experience, physical strength and fitness,” said the Ballybrown man.

What of the future talent available to Limerick from this U-21 panel.

“I am a very positive in what I see and do for hurling but we have to judge by performance - you can say all the time that we have hurlers coming down the line but tonight was the test and at the end of the day we have a long way to go. There is a lot of work to do with those players - tonight was a learning experience, some of them are young but the work has to continue. In that team I would expect 8-10 players will play for the senior team and be top class but after tonight’s performance you have to say are they good enough. We have to go back to the drawing board and keep working with them. There is potential there but you have to keeping working. We need to put the disappointments of tonight behind us and keep working. When you are talking about inter-county players, you are talking about players that have to have mental ability to improve and to justify work that is put into them - I wouldn’t write anyone off,” outlined Ryan.