Lights out as Limerick FC lose to Drogs’ 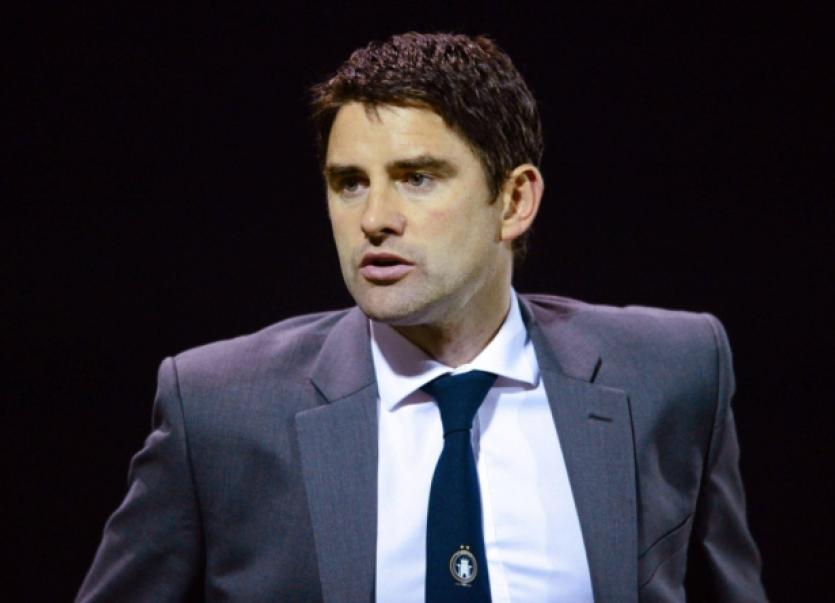 LIMERICK FC suffered their second defeat in the opening four games of the SSE Airtricity League Premier Division season after losing 1-0 to Drogheda United at Thomond Park this Friday night.

LIMERICK FC suffered their second defeat in the opening four games of the SSE Airtricity League Premier Division season after losing 1-0 to Drogheda United at Thomond Park this Friday night.

A goal from Drogs’ frontman Declan ‘Fabio’ O’Brien on the half hour mark ensured the unbeaten visitors collected all three points before a disappointing attendance of 855 spectators.

This frustrating defeat leaves Limerick with just two points from their opening four Premier League fixtures and just one place above bottom side Athlone Town.

The game was delayed by up to 10 minutes in the second half due to floodlight failure at Thomond Park. When the lights came back on Limerick lacked the creative spark to unlock the visitors defence.

Limerick FC’s newly signed striker Tam McManus made his Blues debut in the game, coming off the substitutes’ bench in the 74th minute. Thirty three-year-old Glasgow native McManus made over 100 appearances for Hibernian in his early days and, amongst others, went on to play for Dunfermline Athletic, Colorado Rapids in the MLS and Derry City in the League of Ireland in 2009.

Limerick FC produced the first decent chance of the night on 13 minutes wheen a smart turn from striker Rory Gaffney created the opening. Gaffney found Jason Hughes who, in turn, played in full-back Shaun Kelly with a well-placed pass, but the defender was twice denied by smart saves from Drogheda ‘keeper David Ryan.

Drogheda went in front on the half hour. Limerick failed to deal with a speculative punt into the box and Declan ‘Fabio’ O’Brien was on the end of the knock-down to score from close range.

Drogs’ could well have doubled their lead on 36 minutes when the visitors caught the Blues out on the counter-attack. However, Lims’ keeper Barry Ryan denied Gary O’Neill with a smart save. Barry’s brother Dave, playing between the posts for Drogheda, produced a smashing stop to prevent Limerick from equalising in the 38th minute when he turned James McGrath’s powerful header over the crossbar from Shane Tracy’s pin-point cross.

Drogs retained their 1-0 lead to half time and would have increased in shortly after the break, but for Barry Ryan’s excellent stop from an Alan McNally stop.

Limerick introduced their fit-again striker Craig Curran in the 50th minute in a bid to spark their attacking play.

The home side came agonisingly close to scoring their first goal of the season at Thomond Park in the 66th minute, when Hughes played in Shane Duggan, but the captain’s shot flashed just outside the upright.

Limerick had the ball in the net on 80 minutes through new signing McManus after he latched onto a Tracy cross. However, the goal was disallowed for off-side.