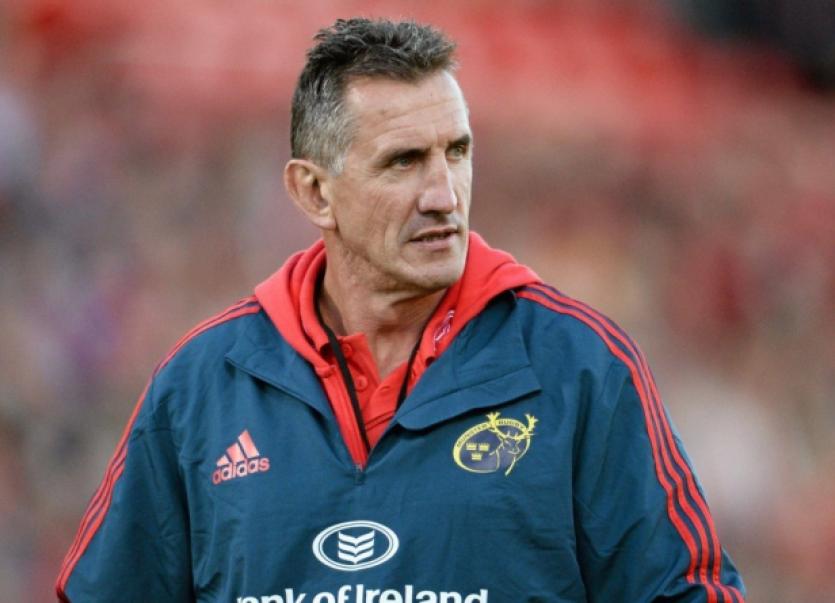 CLASHES between Munster and Leinster in the professional era have always been eagerly anticipated by Irish rugby fans, but surely none more so than the latest showdown between the Irish provinces at the Aviva Stadium this Saturday night (7pm).

CLASHES between Munster and Leinster in the professional era have always been eagerly anticipated by Irish rugby fans, but surely none more so than the latest showdown between the Irish provinces at the Aviva Stadium this Saturday night (7pm).

Munster head coach Rob Penney has been quick to bill this weekend’s game as the meeting of Munster and the ‘6 Nations champions.’

Penney said: “It is going to be really, really challenging. They have a group there who have been conditioned to Test matches. We have a group that have played no rugby basically for three weeks.

“The odds are stacked and you would expect the team that has had the ability to be conditioned to Test match rugby to be fresh and excited about the opportunity to put the blue jersey on at home. So it will be challenging. There is no doubt about it. It is basically Munster playing the 6 Nations champions. That is the reality of the situation.”

While Penney is keen to bill the game as Munster taking on the ‘6 Nations champions’, full-back Felix Jones doesn’t see it that way.

Jones said: “To be honest, personally, I see this as Leinster v Munster. I’m not playing in the Six Nations, we’re playing in the Rabo next weekend.”

Saturday’s game is a crucial fixture for Munster in terms of their RaboDirect PRO12 season. Penney’s men slipped two points behind leaders Leinster in the PRO12 table as a result of failing to secure a try bonus point against Treviso last weekend. Third-placed Ulster are now just three points adrift of Munster in the table with five series of games to go. Having led the table for much of the campaign, Munster will be desperate to secure home advantage at the semi-final stage of the competition.

The Munstermen have lost on their last four visits to Lansdowne Road since they beat Leinster at the old Lansdowne Road in the semi-final of the European Cup in 2006.

While Munster will welcome back Irish captain Paul O’Connell, flanker Peter O’Mahony and scrum-half Conor Murray for this weekend’s big derby, the province will be without the injured duo of Donnacha Ryan and John Ryan. Donnacha Ryan visited a specialist this after injuring his right foot in Saturday’s win over Treviso.

News of Ryan’s injury is a major blow to Munster as the mammoth Heineken Cup quarter-final clash with Toulouse at Thomond Park just over a week away.

Prop John Ryan also misses this weekend’s glamour interpro clash with Leinster as a result of the concussion he sustained in Saturday night’s win over Treviso. Ryan is ruled out until he completes the IRB return-to-play protocols.

Saturday’s game, which is a sell-out, will now be refereed by Alain Rolland.