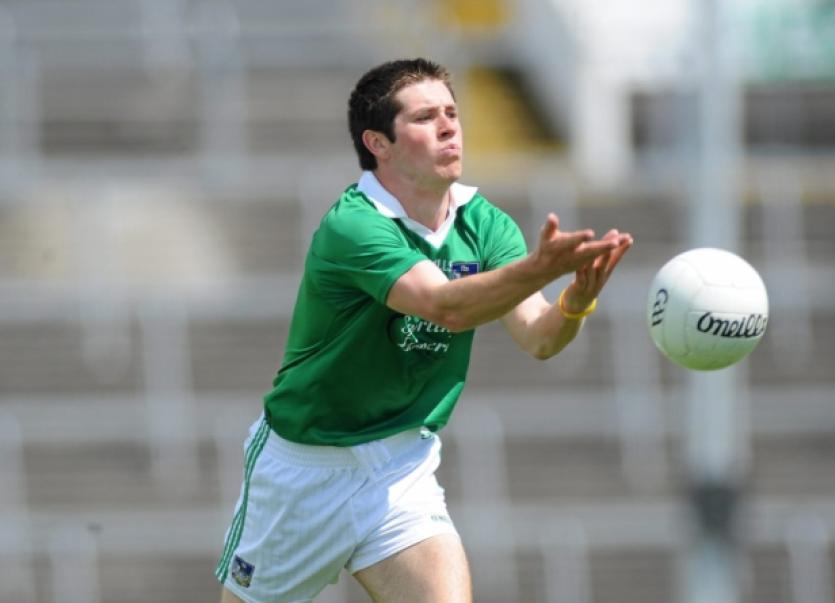 The Limerick footballers secured their place in Division 3 of the Allianz Football League thanks to a 1-13 to 1-12 win over Offaly on Sunday.

The Limerick footballers secured their place in Division 3 of the Allianz Football League thanks to a 1-13 to 1-12 win over Offaly on Sunday.

Eight points from the boot of St Patrick’s man Eoin Hanrahan and a crucial goal from sub John Riordan helped Limerick to the narrow win. And with results elsewhere going in Limerick’s favour - Sligo beating Longford and Fermanagh getting the better of Wexford - Limerick are certain of staying up even with one game still to play.

Limerick dominated the opening half with Hanrahan particularly impressive but a penalty from David Hanlon meaning the sides were level at the break.

Offaly pushed on in the second half but subs Riordan and John Galvin combined for Riordan to get Limerick’s goal and they held on for a hard-fought win from there.