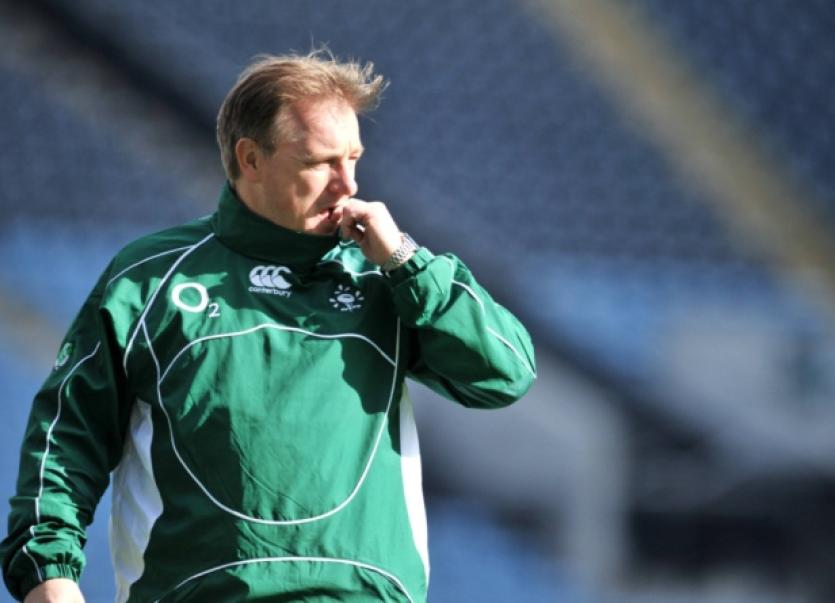 GARRYOWEN FC have stepped up their efforts to move away from the relegation zone in Division 1A of the AIL by enlisting the expertise of former Ireland coach and ‘light blue’ player Eddie O’Sullivan.

GARRYOWEN FC have stepped up their efforts to move away from the relegation zone in Division 1A of the AIL by enlisting the expertise of former Ireland coach and ‘light blue’ player Eddie O’Sullivan.

O’Sullivan attended Garryowen’s training session at Dooradoyle on Thursday night where he assisted with the coaching of the team as well as addressing the squad members.

Garryowen remain rooted to the foot of AIL Division 1A after losing each of their opening nine fixtures this season. They have never been out of the AIL’s top flight since its inception.

Garryowen head coach, Tom Tierney said the decision to enlist Eddie O’Sullivan’s assistance was taken following last weekend’s frustrating home AIL defeat to St Mary’s College. The result saw the ‘light blues’ slip 12 points off the relegation play-off place and 15 points off actual safety at the half-way point of the sason. Their next game is on Saturday week away to champions Lansdowne.

“It was quite an easy conversation to have with the other boys in the coaching team,” said Tierney. “We just felt we needed something different for the players. You could have brought in any one from outside, but we just felt that Eddie (O’Sullivan) offered a lot of experience and is a big, big name.

“Obviously, the connection between Eddie and the club is there already. When we put the name forward to the powers that be in the club, they agreed. We asked Eddie would he assist in a few training sessions, have a look where we are going and see from his vast experience how we are doing things.

“He is there to assist, but obviously in the situation we are in in the table, heads are down, confidence is down and we needed something different. If we weren’t going to do it now, we were arguably just going to continue geting the same results and would be dead in the water in the next two to three games. Something had to be done.

“From my point of view and from that of the other coaches, Paul Neville and Paul Murphy, it was a management decision to ask for some real top quality help in relation to the situation we are in and thankfully Eddie accepted. He had his first session on Thursday night.

“He is coming in to advise us, coming in to help and see where he can help. He offers a different voice. Eddie has vast experience and is a world class coach. That is the bottom line.

“We kicked off on Thursday night and when he is available, he will be down to go though a couple of things from a game plan point of view, from a technical point of view. From there, he will hopefully inspire the players to put in their best performance of the season against Lansdowne on January 25.

“Whatever it takes for us to survive, we are going to do it. If that means bringing in someone like Eddie to help, that is what we are prepared to do. There are no egos involved, no one feeling sorry for themselves. It is all about the club.”