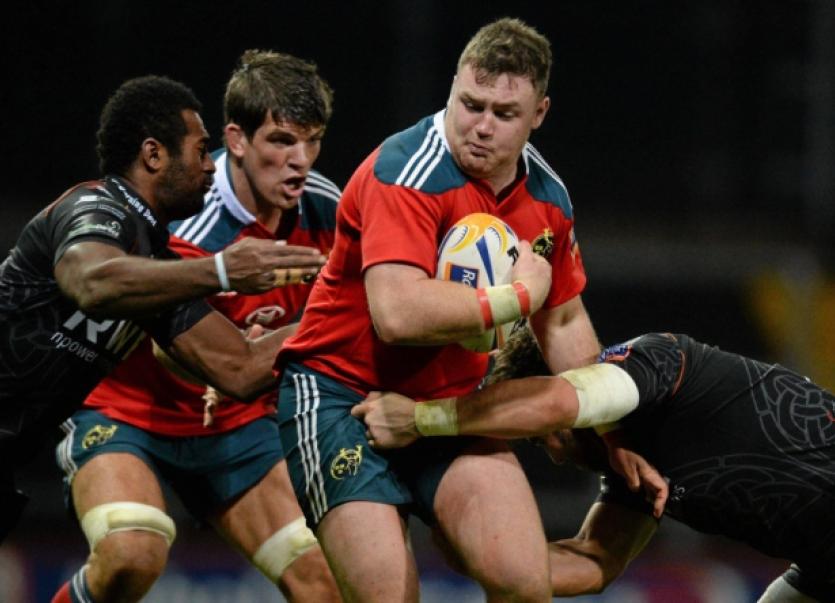 MUNSTER coach Rob Penney has paid tribute to how prop Dave Kilcoyne has responded to his surprise exclusion from Ireland’s squad for the upcoming autumn internationals.

MUNSTER coach Rob Penney has paid tribute to how prop Dave Kilcoyne has responded to his surprise exclusion from Ireland’s squad for the upcoming autumn internationals.

Kilcoyne turned in another impressive display as Munster ground out a precious 12-6 win over the Ospreys in their crunch top-of-the-table RaboDirect PRO12 clash at Thomond Park on Saturday night. Munster’s first win over the Welsh region in six meetings has helped Penney’s men move one point clear of the Glasgow Warriors at the top of the League table.

Penney said: “I really admire Dave’s (Kilcoyne) attitude since he hasn’t made the Irish squad. He is playing as well as he can in the red jersey to get the green one back. That is all he can do, all he can control.

“He hasn’t moped around. He has been really positive around the team. If he keeps it up - and I’m sure he will because it’s part of his DNA - he’ll achieve his goals.”

Munster take a break from PRO12 action until Saturday, November 23 when Penney’s table toppers travel to the Arms Park to face Cardiff.

Coach Penney said he was pleased with how the team was now starting to win the tight games they may well have lost 12 months ago.

Penney said: “It wasn’t a classic performance (v Ospreys) by any means, but probably this time last year we would have struggled to come out on top in games like this. The pleasing thing is the group is, even in difficult conditions, was able to come up with a result.”