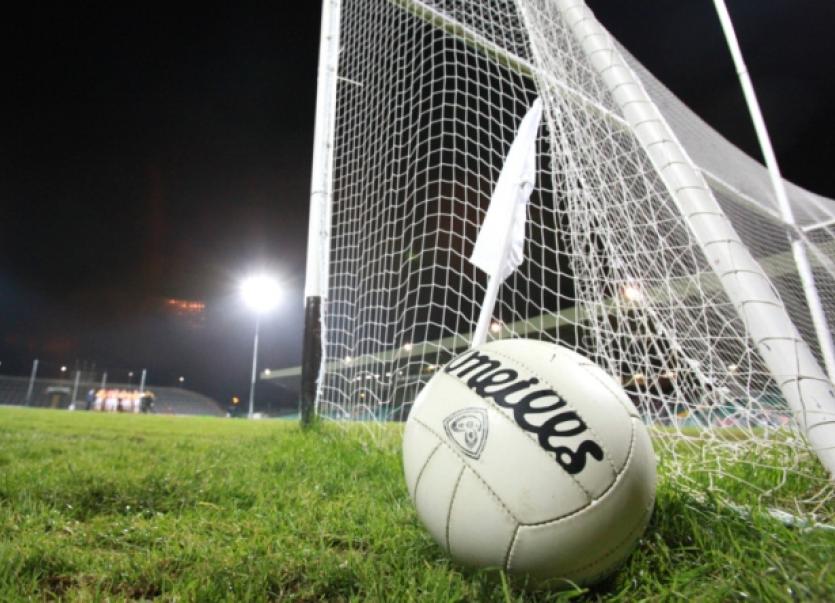 The picture has become a little clearer in the Limerick SFC following the fourth round of games over the weekend.

The picture has become a little clearer in the Limerick SFC following the fourth round of games over the weekend.

Monaleen, St Kieran’s, Dromcollogher-Broadford and Ballylanders are assured of their place in the knockout stages while only Pallasgreen, Fr Casey’s and Mountcollins have no chance heading into the final round of games.

Champions Drom-Broadford got the better of a Ballysteen side - who are managed by former Drom supremo Mossie McCarthy - on a scoreline of 2-11 to 1-9. Drom had trailed by 1-6 to 0-6 early in the second half, Ballysteen’s goal coming from Maurice Carrig. But the champions showed typical resolve and two late goals from Michael Reidy helped them to the five-point win.

In the other games in Group 2, Ballylanders beat Mountcollins 2-9 to 1-9 to secure their knockout spot. Ballylanders goals came from Danny Frewen and Kieran O’Callaghan.

Fr Casey’s got their first win of the campaign thanks to a 2-10 to 1-9 win over Galbally, who had James Ryan dismissed late on. The win is too late for Fr Casey’s who had lost their first three but they were always on top here with Billy Quirke and John Riordan getting their goals.

Drom and Ballylanders meet in the final round of games in two weeks time with the winner earning an automatic place in the semi-final. The winner of the Ballysteen-Galbally game will go through to the quarter-finals while the Fr Casey’s-Mountcollins game is of little consequence.

In Group 1, Monaleen continued their unbeaten run - and in the process ended St Kieran’s 100% record - thanks to a 1-12 to 1-4 win on Sunday night. Monaleen raced into a seven-point lead early on and a second-half goal from Graham O’Connell sealed the deal. Both sides are already through but Monaleen will earn top spot if they beat Newcastle West in their final game.

Newcastle West were beaten by St Patrick’s by 2-10 to 1-11 on Friday night and need to win or draw their last game if they’re to advance.

Adare kept their slim hopes alive thanks to a big win over Pallasgreen but they will need to beat St Kieran’s in their final game - and hope that St Pat’s and Newcastle West don’t pick up any points if they’re to sneak through.

All teams have played four games

All teams have played four games