Semi-final draw made in Limerick SHC 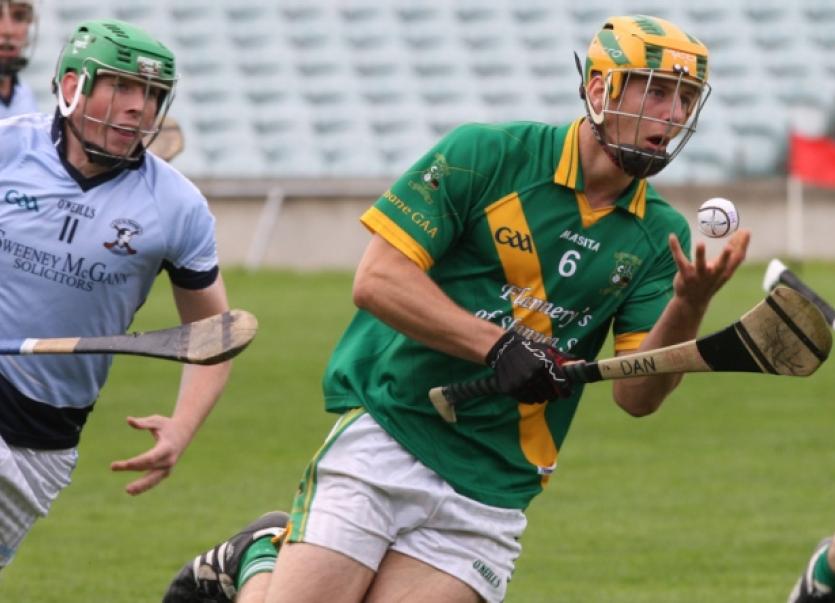 LIMERICKâ€™s club hurling kingpins are to collide in the semi-finals of the Limerick SHC.

LIMERICKâ€™s club hurling kingpins are to collide in the semi-finals of the Limerick SHC.

Sunday eveningâ€™s semi-final draw has paired the winners of the last two championships in direct opposition.

There is no doubting that the pairing of champions Kilmallock and 2011 winners Na Piarsaigh is the pick of the semi-finals.

The semi-finals are to be played on the weekend of September 13-15.

Normal practise would see the Gaelic Grounds host a double header on the Sunday, but Limerick are in the All-Ireland intermediate camogie final on that day and could request that Limerick GAA avoid clashing with their Croke Park final, which will be televised live on television.

The clash of Na Piarsaigh and Kilmallock is a repeat of last yearâ€™s semi-final, which Kilmallock won 4-24 to 4-13 in a thrilling encounter.

Meanwhile, Patrickswell maintained their proud tradition of hurling when defeating Croom in the Limerick SHC relegation play-off in Bruff.

The win means The Well now play Murroe-Boher in the County Cup semi-final.

The other semi-final willbe between Effin and Granagh-Ballingarry.

Ahead of the restructuring of club hurling in Limerick next season four clubs lost their senior status over the weekend.

Included in the four are 2005 champions Garryspillane and 2006 champions Bruree.

The other two to drop of the newly created Premier IHC in 2014 are Croom and Hospital-Herbertstown.

The relegated quartet will be joined in the new second tier by the four semi-finalists in the 2013 Limerick IHC - Bruff, Blackrock, Knockaderry and either Glenroe or Dromin-Athlacca, who play this Tuesday night.

In the Limerick IHC County Cup, Monaleen have booked a final spot after defeating Newcastle West.

In the final they will play either Claughaun or St Kierans, who play this evening.

In the intermediate club hurling relegation battle, Pallasgreen will now play Ballybricken-Bohermore to decide who drops to the junior A grade in 2014.