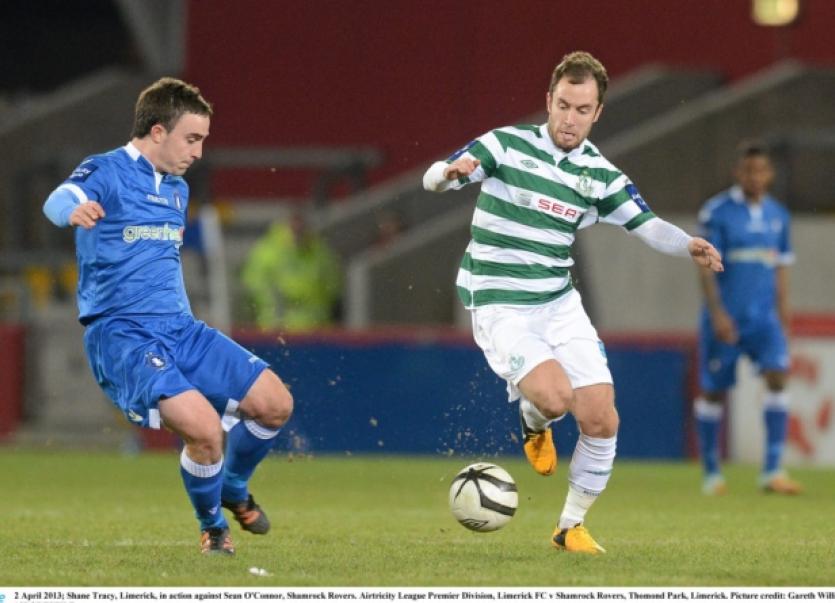 LIMERICK FCâ€™s poor run of form continued in Tallaght Stadium on Friday night when they were beaten 1-0 by Shamrock Rovers.

LIMERICK FCâ€™s poor run of form continued in Tallaght Stadium on Friday night when they were beaten 1-0 by Shamrock Rovers.

Limerick are now five games without a win heading into the mid-season break. Indeed they have scored just once in the last five games and picke dup just two points as they drift further from those at the top - and stay within distance of those at the bottom.

A Karl Sheppard goal after 30 minutes was the difference between the sides. He got on the end of a James Chambers corner to flick to the net at the near post and that goal was to prove the winning score.

However it was Limerick who came closest to scoring first after 17 minutes. Patrick Nzuzi made a fine run forward from left back and picked out Danny Galbraith who was unmarked in the area. Galbraith took a touch and then fired a shot at goal but Richard Brush made a fine block to deny him. Alex Bossekota fired the rebound wide.

Rovers nearly scored at the other end moments later. Ronan Finn found Billy Dennehy on the left. Dennehy pulled it back to Karl Sheppard who looked certain to score but Stephen Folan blocked his effort.

However Rovers took the lead on the half hour. James Chambers swung in a corner from the left hand side and Sheppard stole in at the near post to flick it into the net.

Rory Gaffney had the first effort on goal of a very poor second half. Gaffney picked up possession on the edge of the Hoops area in the 53rd minute. He turned inside Conor McCormack and got his shot away but his strike did not have enough power to trouble Brush.

And the night ended on a sour note for Limerick when sub Jeffrey Judge - only on the field six minutes - received a straight red card for a high tackle on Rovers captain Stephen Rice.

Limerick now have a two-week break before hosting Dundalk on June 28.