A dream team of Limerick Lions 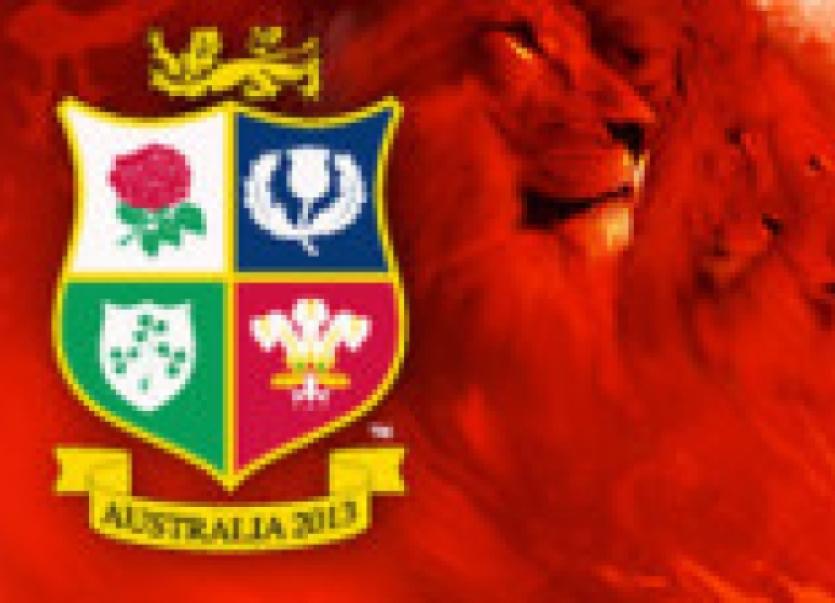 With the British and Irish Lions playing Australia in the first Test of this year’s tour we pick a team of Limerick players who have played with the Lions over the years.

With the British and Irish Lions playing Australia in the first Test of this year’s tour we pick a team of Limerick players who have played with the Lions over the years.

By our calculations there have been 20 players with links to Limerick since Tom Clifford toured Australia and New Zealand in 1950. Unfortunately - but not surprisingly given the history of great forward play by the Limerick clubs - we have 14 forwards and six backs, which means we have had to leave a vacancy in the Number 15 jersey. In this fantasy selection, however, we reckon these 14 would be able to hold their own against the best out there.

Let us know what you think.

We tried as many combinations as possible in order to have a full-back on our team but we just couldn’t work it. We even considered throwing Mick Galwey our imaginary Number 15 jersey given his Gaelic football background. In the end we decided against it (we didn’t want to break up that incredible back row) but we wanted to maintain some level of seriousness to the selection. Maybe in four years time we’ll have a suitable candidate

Despite not being in the Ireland team that won the Grand Slam in 2009, Earls’ brilliant form with Munster earned him selection in Ian McGeechan’s squad to tour South Africa. The youngest player in the squad, he started the first game against the Royal XV and then went on to score tries against the Free State Cheetahs and the emerging Springboks but he didn’t feature in any of the Test games

Like Earls eight years later he was considered a bolter when he was selected by Graham Henry to tour Australia but he was one of the Lions stars, starting all three Tests. Qualifies on this team by dint of his spell in Munster, during which time he threw his lot in with Garryowen

English was an outhalf but we’ve given him the Number 12 jersey on this team where we reckon he’d strike up a fine partnership with Tony Ward one side of him and Rob Henderson on the other. He toured Canada, New Zealand and Australia with the Lions in 1959 but illness forced him to return home early after featuring in games against Queensland in Australia and Poverty Bay/East Coast in New Zealand. The UL Bohs man won 16 caps for Ireland between ‘58 and ‘63 and won three Munster Senior Cup medals with the club in ‘58, 59, and ‘62 before joining Lansdowne and winning a Leinster Senior Cup medal with them in ‘65. He died in 2010, aged 77

The oldest brother in one of Ireland’s finest sporting families. Toured New Zealand with the Lions in 1993, a series that the hosts won 2-1. Played with Garryowen, Munster, Saracens and Ireland and finished his career with 29 caps to his name

A Dub by birth, Ward certainly had a big impact in Limerick, winning Munster Senior Cups with Garryowen, an FAI Cup with Limerick and also being part of the Munster team that beat the All Blacks in 1978. Played a Lion Test game against South Africa, scoring a record 18 points, but the home side won the series 3-1

Unlucky to be left out of the Test squad for this weekend’s game, the Patrickswell man could yet play a part in this year’s series in Australia. A little over two years ago he was still playing in the AIL with Garryowen but his rise has been meteoric and it’s likely we’ve yet to see the best of him

The Young Munster prop was the first player from a Limerick club to be selected for the Lions when he toured Australia and New Zealand in 1950. He played in 20 games in total on that marathon tour, including five of the six Test games. Possessed a ravenous appetite and went through the entire menu of 18 courses on board the liner ‘Ceramic’ en-route to New Zealand. Returned to Limerick a hero as a crowd of almost 8,000 people lined the streets of the city to welcome him home

One of Ireland’s most legendary Lions, having played in five Test games including the famous 1997 success over South Africa. Although from Killaloe, he was educated in St Munchin’s and played with Garryowen and Munster before moving to Harlequins. Won 58 caps for Ireland before retiring after the 2003 World Cup in Australia

There’s certainly no shortage of Limerick props in contention but Gordon Wood was the second after Tom Clifford to tour with the Lions. He played two test games in 1959 against New Zealand (a series that was lost 3-1). Educated in Crescent, he went on to play with Garryowen and Munster and won 29 Irish caps. We have him teaming up with his son Keith in the front row. Died at the age of 51 in 1982, when Keith was just ten

Born in Rathkeale, educated in St Munchin’s and played with UL Bohs (before moving to Dublin and Leinster), Mulcahy toured New Zealand with the Lions in 1959 and South Africa in 1962. Played 32 games with the Lions in total, including six Test appearances. In addition to his Lions exploits, he also won 35 caps for Ireland, 11 of them as captain

What can we say that hasn’t been said already? Munster captain, Ireland captain, Lions captain but badly craves a first Lions series win. Has overcome massive injury problems to make his third tour and if the Lions are to win you can expect the former Ardscoil Ris student and Young Munster man to be a leading light

An All Ireland football winner with Kerry but he made his name as a rugby player with Shannon. Was one of just two Irish players named in the original squad to tour New Zealand in 1993 (Nick Popplewell was the other). He played seven games in New Zealand and was regarded as hugely unlucky to miss out on a Test place

Another one of the St Munchin’s men on our team and another of the Shannon men. Also on the Munster team that beat the All Blacks in 1978, he has the strange distinction of winning two Test caps with the Lions and only three with Ireland. Sadly passed away in January 2012 at the age of 59

Wallace joins his brother Richard on this team and packs down at Number 8 in a formidable back row. Won a Munster Schools Cup with Crescent in 1994, played with Garryowen, Munster and Ireland and toured twice with the Lions - to Australia in 2001 and South Africa in 2009 where he played in the three Test games.

Named in the original 2009 squad and was an early favourite for the Test team. But injury ruled him out and he never made it to South Africa

Travelled to New Zealand in 2005 and was called out to South Africa in 2009 (where he featured in the third Test). Won a record number of caps for Ireland before retiring at the end of 2011

McLoughlin enjoyed a great career with club, province and country where he won Munster Senior Cups with Shannon, was on the Munster team that beat the All Blacks and scored a memorable try for Ireland against England in their Triple Crown-winning season in 1982. Played two games on the tour to New Zealand in 1983, against Hawkes Bay and Waikato. Won 18 caps in total for Ireland and is now the Mayor of Limerick

Clohessy was another to suffer the disappointment of being named in a squad only to later miss out because of injury. He was orginally selected for the 1997 tour to South Africa but had to withdraw. He did win 54 caps for Ireland

A Tipperary man but he played his rugby with Shannon and now lives in Limerick. Named in the 2009 squad but was ruled out because of suspension. Retired in 2011

Probably the unluckiest to miss out - but he has Paul O’Connell and Bill Mulcahy ahead of him. Reid made 12 appearances for the Lions on their 1955 tour to South Africa, playing in two of the four Test matches as the Lions recorded a 2-2 draw in the series. The Garryowen player turned in a terrific display in the Tests as well as bagging a try in the tour match with South Western Districts. Reid won 13 caps for Ireland between 1952 and 1957.