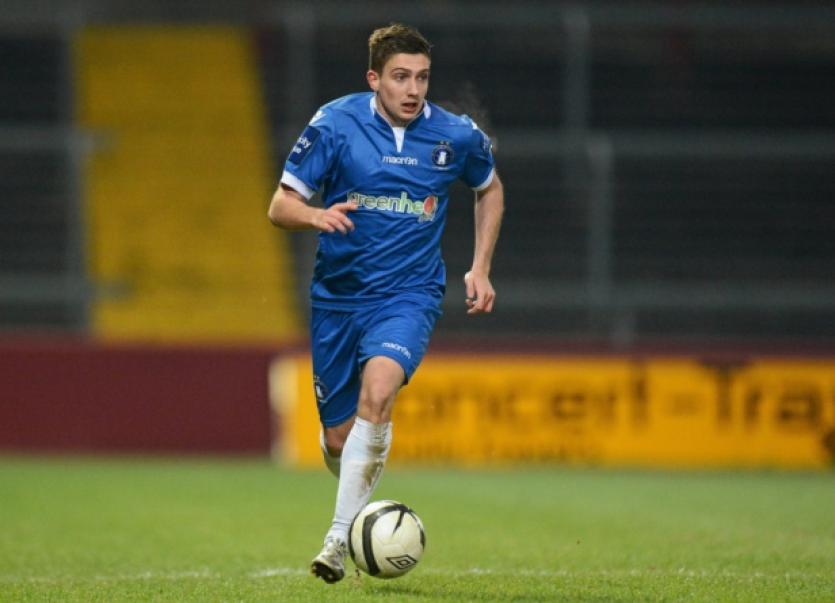 With the Airtricity League Premier Division taking a short break, Daniel Tighe looks at how Limerick FC have got on in the first half of the season.

With the Airtricity League Premier Division taking a short break, Daniel Tighe looks at how Limerick FC have got on in the first half of the season.

It is testament to Taylor, with the club sitting seventh in the Premier Division, that it has largely gone unnoticed that this is his first managerial role after a series of coaching spells in Scotland. Having outwardly adapted to the role seamlessly, he admits it hasnâ€™t all been plain sailing, with the club having more than their fair share of injuries and the perhaps too frequent disciplinary hiccup.

â€œThere have been ups and downs, some disappointments but a lot of joy,â€ he said. â€œYou have to look at the grand scheme, the bigger picture, itâ€™s never going to be an overnight change. You just have to make sure that everything is constantly improving, that the club is always progressing,â€ he added.

â€œI think the players have done extremely well. Maybe sometimes Iâ€™ve asked too much of them, but I just want us to progress. I couldnâ€™t get any more in terms of work rate and effort but as far as the technical side goes, weâ€™ll continue to improve with training.

As far as a recruitment policy goes, Taylor sees the youth setup as the most important aspect of the clubâ€™s future. That is not to say the club would not move if the right player became available.

â€œWe wonâ€™t bring in anyone who is not going to improve the club. I prefer to bring the younger players through and build from there but it the right player comes along who I feel will improve us then if we can afford him then yeah weâ€™ll go and get him,â€ he said.

It is slightly disappointing that the team has struggled to play up to the standards set on opening day consistently. The most pleasing performance of the season from Taylorâ€™s perspective came in the 4-0 drubbing of Bray Wanderers.

â€œThe Bray game, we totally dominated from start to finish. That game is the ideal of what weâ€™re trying to achieve here. Pass the ball well; control possession; win by a couple of goals and keep a clean sheet.â€

It didnâ€™t take Taylor long to pick his most disappointing performance of the season. The May 14 home loss to Drogheda is still fresh in his memory as he was demonstrably upset in the aftermatch of the match.

â€œWe just had a bad day at the office, we werenâ€™t at it on the day against a hungry and motivated Drogheda United side,â€ he said.

â€œThe supporters have been brilliant. I knew before I came here that it was a passionate sporting city and that if we could put on a spectacle for them they would come. And they have been fantastic, absolutely tremendous.

An opposition manager told me in his team talk that he had told his players to sit in and frustrate us and that the supporters would turn and theyâ€™ll do your job for you. I was shocked that this was what other managers thought of the Limerick support because since Iâ€™ve been here our support have never turned on any player.â€

Their loyalty was rewarded with a sensational comeback capped by a last minute Dave Oâ€™Leary winner, that was met by such an outpouring of emotion, that a full Thomond Park would struggle to replicate.

â€œItâ€™s a great gesture from the chairman to the supporters, to be able to come to a great venue to watch their team back in the top flight.â€ While Taylor acknowledges that most supporters would probably prefer to have their own ground in the Markets Field he is more than happy to be playing in Thomond with the first class facilities on offer.

â€œWeâ€™ll be playing here again next season. Weâ€™ll be delighted to be in the Markets Field when weâ€™re there but right now weâ€™re not,â€ he said.

CEO John Oâ€™Sullivan remains hopeful of returning to the Markets Field and expects phase 1 of the development to be completed during next season.

Taylorâ€™s reliance on youth is showing early signs of paying dividends. The likes of Darragh Rainsford and Shane Cotelloe fresh from their Leaving Cert examinations have already mad a first team impact.

And it is very important to Taylor that his footballing philosophy is adhered to right through the clubâ€™s underage programme. â€œThere is no point in young players coming into the first team squad who are not going to be comfortable with the way I want my teams to play,â€ he says.

With seven red cards and 36 yellow cards in just 17 league matches, Taylor is well aware that the discipline of his squad is a topic of conversation amongst supporters and pundits alike.

â€œNot good enoughâ€ says Taylor in an honest appraisal of his teamâ€™s and his own indiscretions. Taylor himself was dismissed in the first away game of the season at his former club Drogheda.

From the season opener against Cork City it was clear that attractive football was high on the Scotsmanâ€™s list of priorities. That match broadcast live to national audience earned the club many plaudits and made the rest of the league sit up and take note.

â€œMy job is based on results thatâ€™s a fact. But I donâ€™t want to play ugly; I donâ€™t want to go back to front, if you play good football the results will come. The club is going to be here long after me. I want to build a legacy,â€ says Taylor.

This is not to say that Taylor is inflexible in his approach and admits he may have got his tactics wrong on occasion.

â€œI originally thought we had to be more patient and wait for our opportunities but then teams started to sit in against us. In particular the Shelbourne game is one where I thought we could have been more probing and constructive in our play. That is something we are working on incorporating more into our play.

Most casual observers would feel satisfied with Limerickâ€™s season so far - sitting in mid-table and still in both cup competitions. It is reassuring, however, to know that the man in charge is unlikely to ever be satisfied with mid-table mediocrity and the odd cup run.

The ultimate goal of Taylor, along with everyone at the club is to make Limerick FC the biggest and best club in the land. But this cannot be achieved unless everyone is on the same page.

â€œWe need to help each other out. Itâ€™s Limerick as a county, a city, everyone together.â€

Itâ€™s important for Taylor that everyone is pulling in the same direction and he has expressed some disappointment with the scheduling of Junior matches in the city.

â€œItâ€™s a no win situation when the likes of Pike and Carew are playing the same time as us. We both lose out financially. I want to see the Junior games as well and a lot of their players want to see our games so we have to come together.

â€œI want that GAA, hurling thing, everyone fighting for the cause whether they are from Limerick or not but we do have a lot of Limerick lads in the squad,â€ he added.

Ambition is not in short supply around the football club, with everyone from Taylor to owner, Pat Oâ€™Sullivan, on the same page regarding the clubâ€™s upward trajectory.

â€œYou want to improve, more points, more goals, better performances and a better all round spectacle,â€ is the modest list Taylor would like from the second half of the season.

â€œBefore the season our aim was to consolidate; get respect off the opposition players, managers and supporters and I think weâ€™ve done that,â€ said Taylor. As for what would be considered a successful season; staying in the league is the minimum requirement.

For those supporters concerned by such rhetoric and the experiences of Irish giants Shelbourne and Bohemians, can rest assured, the same fate will not befall their beloved Superblues.