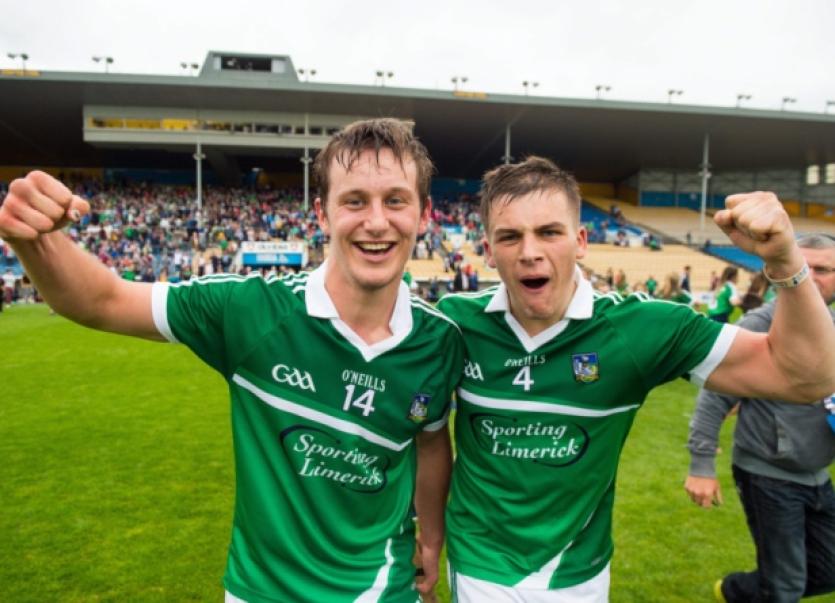 LIMERICK GAA officials could be set for a club championship rethink after the county’s U-21 hurlers booked their All Ireland final spot.

LIMERICK GAA officials could be set for a club championship rethink after the county’s U-21 hurlers booked their All Ireland final spot.

On September 12, Limerick will play in a first All Ireland U-21 final in 13 years.

However before that final showdown all 40-members of the extended Limerick U-21 panel are due to play club championship games. Some have two fixtures in the next 10-days.

It is understood that U-21 manager John Kiely is to discuss the situation with Limerick GAA officials today ahead of a fixtures meeting this Monday night.

However, any cancellation of club games would cause of pile-up of games in the immediate aftermath of the All Ireland U-21 final to ensure the varying Limerick championships are finalised in time for Munster club championship deadlines.

It may transpire that the club games have to go ahead and therefore ensure a nervy 10-days for all connected with the panel. Forward Robbie Hanley missed Saturday’s win over Galway with a shoulder injury. He could be back for the final.

“Wexford have been the favourites for this competition from the very outset. We will have it all to do but we have a lot of momentum and are battle-hardened,” said the Limerick manager of their final opponents.

The club fixtures under scrutiny at this Monday night’s fixtures meeting are as follows: