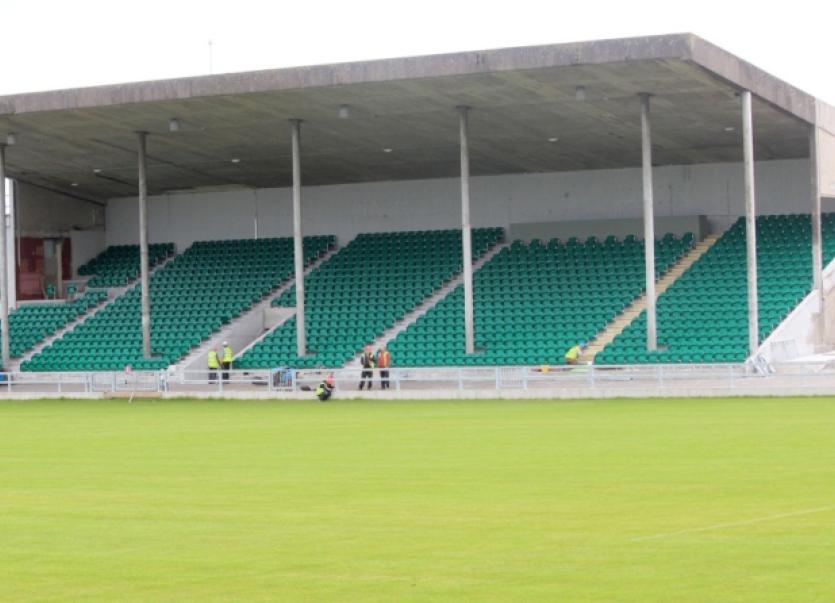 Markets Field to host U-19 internationals, Old Crescent shock Shannon and Munster to aim to expand game plan by getting the ball wide are the major sporting talking points in Limerick today.

Markets Field to host U-19 internationals, Old Crescent shock Shannon and Munster to aim to expand game plan by getting the ball wide are the major sporting talking points in Limerick today.

All Ireland League Division 2C side Old Crescent had a shock win over Shannon in the Limerick Charity Cup quarter-final clash at Coonagh last night. Crescent won the game on a scoreline of 18-13. A 75th minute try from influential number eight Brendan Guilfoyle, who returned to Old Crescent from Thomond during the summer, and a successful conversion from out-half Shane O’Brien sealed a deserved victory for the visitors. Old Crescent will now play Garryowen in the semi-final.

The newly renovated home of Limerick FC will welcome the Republic of Ireland and Ukraine U-19 teams for two games in October. The matches will be played on Saturday, October 10 at 5pm and also on Monday, October 12 at 5pm. The announcement is as a major vote of confidence in the newly redeveloped venue, which is a Category 2 UEFA stadium with a capacity of 3,075. Ticket details for the two Republic of Ireland v Ukraine fixtures will be announced closer to the dates.

Munster will look to broaden their game plan this season following the strengthening of the back division in the off-season. That is according to backs coach Brian Walsh. He believes the province now had the option to move the ball wide more often in their backline when the opportunity arose. Munster face their third and final pre-season friendly against London Irish at Musgrave Park on Friday, 7pm with Anthony Foley’s charges looking for a first win following back-to-back defeats to both Grenoble and Connacht.

Both sets of supporters in Sunday’s All-Ireland Football semi-final will come together to pay tribute to Darragh Doherty after he lost his life in a car accident at the weekend. The 19 year old won an All Ireland Minor football medal in 2013 with Mayo. The tribute will take place in the 13th minute of the game and both sets of supporters have been asked to applaud for 13 seconds during that minute. This is in reference to the number 13 that Darragh wore in the 2013 final. The hashtag #13forNo13 has been trending on twitter since the idea was put forward.

Ireland have qualified for the semi-finals of EuroHockey Championships for the first time in their history after a 2-2 draw with Belgium. The Irish side finished on four points to go through on goal difference and knock out the world number four seed Belgium after a thrilling encounter in London this afternoon. Peter Caruth and John Jackson twice put Ireland in front but they had to withstand late pressure to hang on and advance. Ireland are likely to face the Netherlands in the semi-finals, which will be played on Thursday.