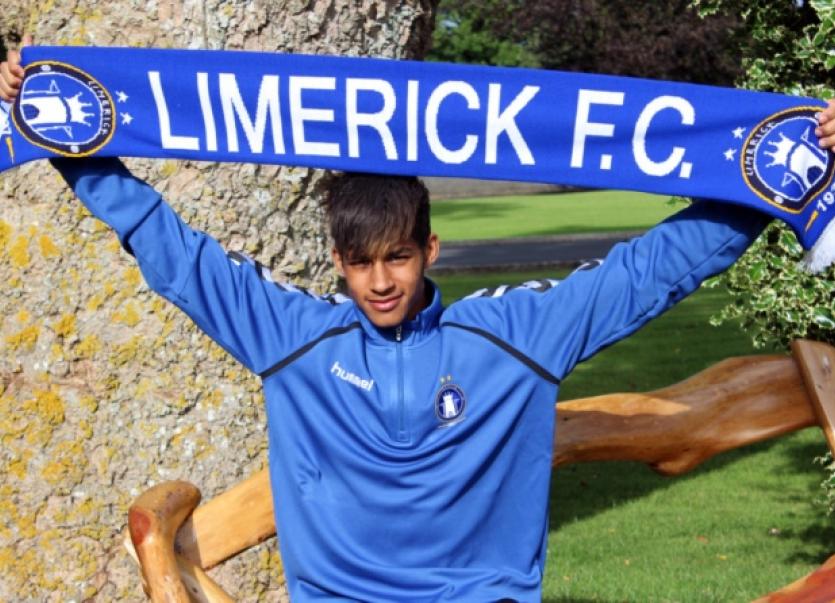 LIMERICK FC’s signing of a 16-year-old Neymar lookalike is proving an internet and social media sensation.

LIMERICK FC’s signing of a 16-year-old Neymar lookalike is proving an internet and social media sensation.

Limerick announced the signing of Barry Cotter, who bears an uncanny resemblance to Brazil World Cup star Neymar, as part of the Blues Under-17 National League squad this week.

The fact Cotter, who previously played with Avenue Utd and Ennis Town, is a Neymar lookalike has sent Twitter, Facebook and scores of sports websites, both at home and abroad, into a frenzy.

Limerick FC hit the headlines early in the summer when Club Chairman Pat O’Sullivan mooted the idea of the club signing Greek players to boost their Premier Division survival bid due to the poor state of the Greek economy.

“I’ve settled in well; I’m enjoying my time here,” Barry told LimerickFC.ie. “The boys are very welcoming and especially when you need some help you can always ask the manager.

“Hopes for the season – I’m looking for a top-three finish, and on goals I’m looking to score at least one or two in each game for the rest of the season.”