Paul O’Connell to lead Ireland for final time at home 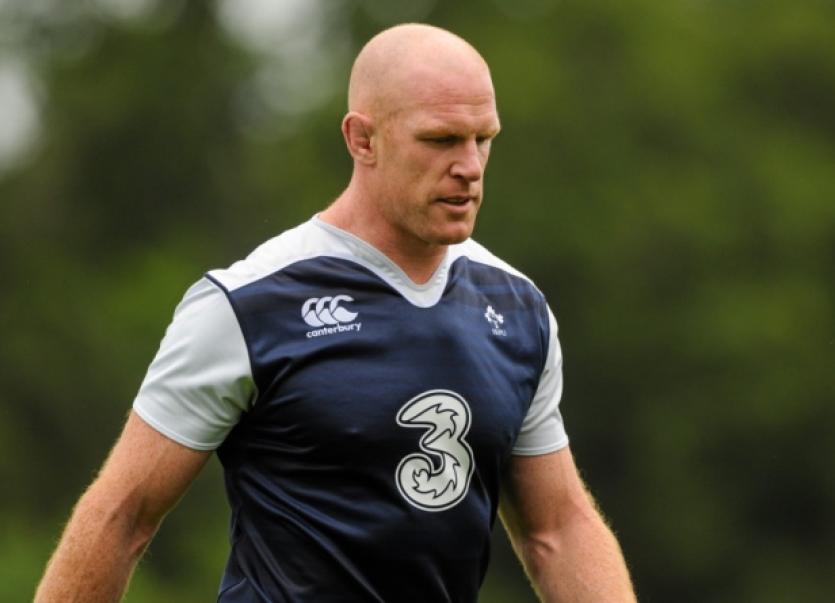 PAUL O’Connell will win his 103rd cap when he skippers Ireland for the final time on home soil in Saturday’s crunch World Cup warm-up game with Wales at the Aviva Stadium, 2.30pm.

PAUL O’Connell will win his 103rd cap when he skippers Ireland for the final time on home soil in Saturday’s crunch World Cup warm-up game with Wales at the Aviva Stadium, 2.30pm.

Thirty five-year-old O’Connell will partner Iain Henderson in Ireland’s second row as Joe Schmidt’s side look to complete a home and away double over Wales in World Cup warm-up games this month.

The Ireland side to face Warren Gatland’s side also includes Keith Earls on the left wing. Earls, who will win his 41st cap on Saturday, will be looking to tie down his World Cup selection with another big performance.

Ireland head coach Joe Schmidt is due to announce the 31-man squad that will travel to the World Cup on Monday, but the players will be told Sunday.