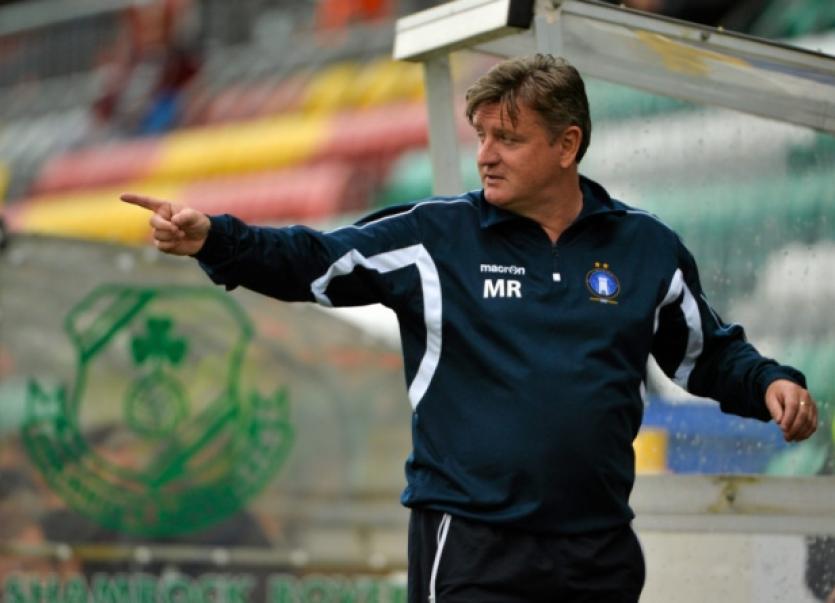 LIMERICK FC resume their bid to avoid relegation from the Premier Division of the SSE Airtricity League when the Blues travel to United Park to face Drogheda United in a crucial fixture this Friday, 7.45pm.

LIMERICK FC resume their bid to avoid relegation from the Premier Division of the SSE Airtricity League when the Blues travel to United Park to face Drogheda United in a crucial fixture this Friday, 7.45pm.

Basement side Limerick FC trail both Sligo Rovers and Derry City by six points with now just eight series of games to go. The Blues are also seven points adrift of both Galway Utd and Drogheda Utd.

Martin Russell’s Limerick side, who had a ‘free’ weekend last weekend due to the FAI Cup games, have taken 10 points from a possible 12 in their last four top flight fixtures.

Russell says the Blues have a more potent look about their squad currently.

Russell said: “We instilled belief by winning that first game at home to Sligo. The Bohs game was also a massive confidence booster.

“Going to Cork and winning, and even in the Longford game which we drew, we played well. That breathes confidence. You know you have a chance. Also the fact that some seniority has come into the squad helped the group.

“The mix is probably a bit more potent now than it was a while ago.

“I expected Sligo to be winning games. They have a squad there which is capable of winning games. We will try and catch the sides immediately above us, at the moment it’s Sligo, but I think they are more likely to win one or two games more than the teams just above them in the table.”

Russell said: “We will continue to play in an attacking way, but we need to defend better. The recent results we got were because we have been brave and we have gone to win games.”