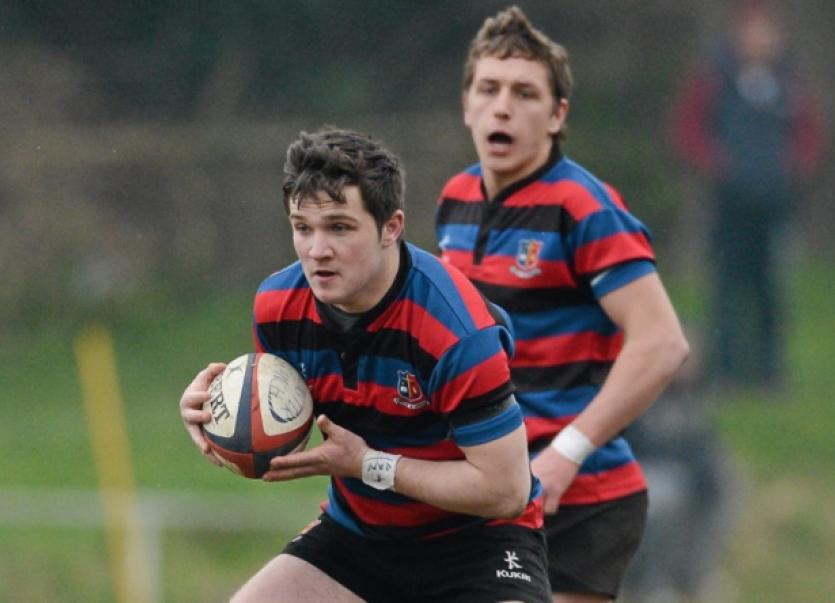 YOUNG Munster utility back Edward O’Keeffe has joined the Connacht Academy ahead of the start of the 2015/16 season.

YOUNG Munster utility back Edward O’Keeffe has joined the Connacht Academy ahead of the start of the 2015/16 season.

Twenty year-old former St Munchin’s College star O’Keeffe has been with the Connacht sub-Academy during pre-season and has impressed coaches to earn the promotion.

Having played U-18’s, U-19’s and U-20’s with Munster, O’Keeffe was also capped for the Ireland Club XV side against Scotland in January 2015. He made his first appearance in a Connacht jersey at Thomond Park last weekend lining out for the Connacht 7’s side that finished 3rd at the Limerick World Club 7’s. O’Keeffe, part of a 12-man squad, played in five out of the six games over the two-day event.

Edward O’Keeffe said: “I’m delighted to get this opportunity and would like to thank Mossy (Lawler) who I have worked with in Limerick and also Nigel (Carolan) for offering me a trial earlier in the summer. The training has been tough but this is what I want to do - training three times a day in a professional environment.

“I’ve really enjoyed getting to know all of the lads, and it’s good to catch up with the likes of Rory Parata and Jack Dinneen who I would have played against at school.

“The sevens’ tournament last weekend was an amazing experience. It was my first run out with Connacht and to share the field with some of the senior players was brilliant. Pat (Lam) gave us a lot of time in meetings and between games and it’s a huge motivation to see how close you can be in the Academy to a call up to the senior side once you put the work in.”

Connacht Academy Manager Nigel Carolan added: “Ed has earned this Academy contract after coming in for a trial and showing he has the potential to make it as a pro. Mossy earmarked him as someone who would fit well into our system and we’re very pleased to have him join us officially.”

The addition of O’Keeffe brings the number of players in the Connacht Academy to 21: