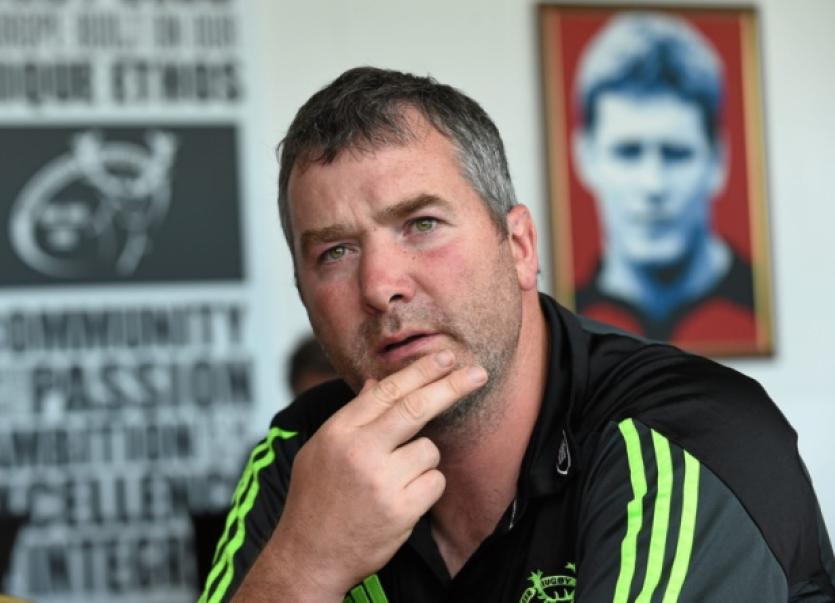 MUNSTER head coach, Anthony Foley has stressed the need for the province to win its home games in the European Champions Cup following the draw for the pool stages of next season’s competition.

MUNSTER head coach, Anthony Foley has stressed the need for the province to win its home games in the European Champions Cup following the draw for the pool stages of next season’s competition.

Munster will be aiming to improve on last season when the province failed to make it past the pool stages of the inaugural Champions Cup.

Anthony Foley said: “Obviously last season and going out in the pool stages was a tough one to take and we don’t want to be in that position again next year. Getting results at home and especially away is a tough challenge for any side in this competition - to get home wins is essential.

“It’s only natural that players want to feature in the big games, in the big stadia and therefore they, and in turn every team, raise their game when it comes to Europe. The physicality and speed is increased, the atmosphere is intensified and they are the games that you want to be involved in. All of us are looking forward to another Champions Cup campaign next season.

“As I’ve said before, it’s about us maintaining what we’re doing and building on it. We have learnt a lot of lessons from last season’s campaign and most recently in defeat in the PRO12 final and next season we hope to come back better and stronger for it.

“Once again six huge games lie ahead of us (in pool stages of the Champions Cup). Getting through the pool stage is always a massive challenge and it’s up to us to put in the performances that I know we are capable of. There’s quality right across our pool again next season.”