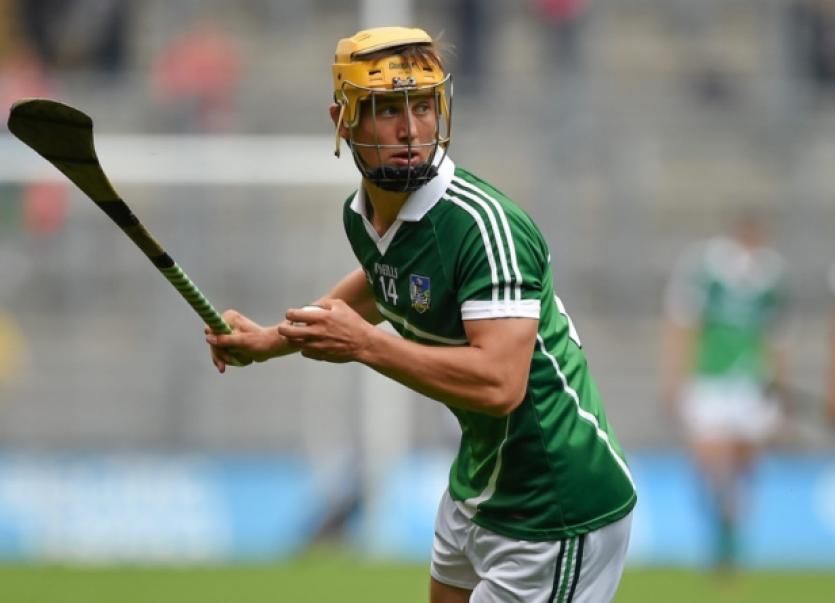 IMPRESSIVE Limerick powered their way into the Munster intermediate hurling final thanks to a convincing seven-point victory over Tipperary at the Gaelic Grounds this afternoon.

IMPRESSIVE Limerick powered their way into the Munster intermediate hurling final thanks to a convincing seven-point victory over Tipperary at the Gaelic Grounds this afternoon.

Limerick can now look forward to a Wednesday July 8 Munster final showdown with Cork after consigning Tipperary to a heavy defeat at the Ennis Road venue.

The Shannonsiders, after beating Clare in the opening round at Semple Stadium, are through to their first provincial final at this grade since their 2011 defeat to Clare.

It is seven years since Limerick last won a Munster intermediate title, but on the evidence of this excellent win on the back of their earlier success over Clare, Don Flynn’s side will fancy their chances of claiming a much-needed success.

Limerick took a firm grip on the semi-final clash right from the throw-in, reeling off the opening six points of the semi-final, and ultimately the home side never looked back.

Limerick’s attack was highly impressive with four of their six starting forwards, and both midfielders, managing to chip in with scores. Limerick’s whirlwind start helped the home side build a very useful six point lead at half-time, 1-10 to 0-7, and the home side never looked back in the second period. Limerick led by 11 points late on, but a second Tipp goal narrowed the margin.

The crucial score of the half arrived a minute before the break when full-forward Tom Morrissey flicked the ball to the net, after Willie Griffin’s initial effort was saved, for the opening period’s only goal.

Morrissey, back from TJ Ryan’s senior squad for the game, scored 1-3 from play. Limerick’s free-scoring attack also had big performances from Adare’s Willie Griffin, who scored four points from play, and both Mark Carmody and Mike Fitzgibbon, who helped themselves to three smashing points apiece.

Centre half-back David Byrnes was also hugely influential all through, while Denis Moloney and Sean Finn shone in defence, and midfielder Andrew Brennan worked tirelessly throughout chipping in with two smashing points from play.