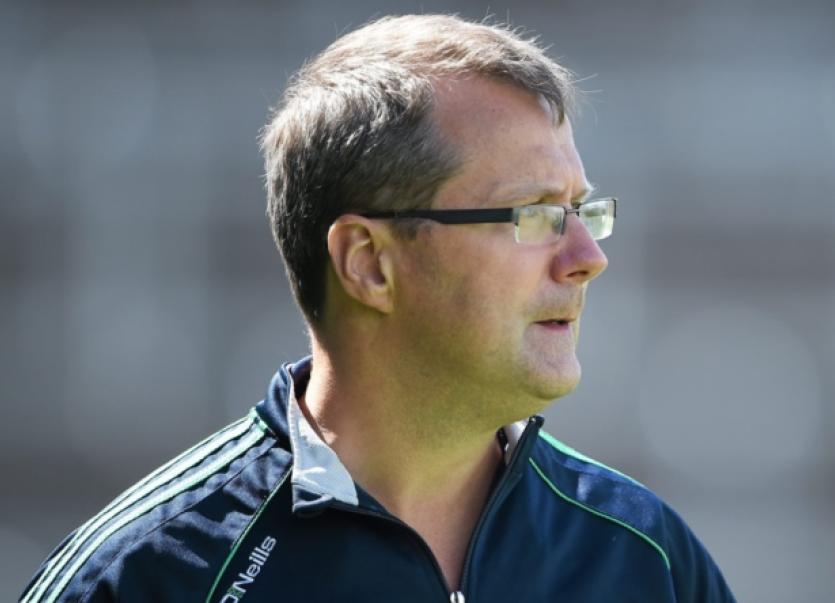 LIMERICK football manager John Brudair has heaped praise on his new-look side for winning their battle against relegation.

LIMERICK football manager John Brudair has heaped praise on his new-look side for winning their battle against relegation.

Limerick were round one winners in Division Three of the Allianz Football League but then lost four successive games to sit down of the table with two rounds to play.

But Limerick regrouped to beat both Clare and Louth to ensure their status for a third year in Division Three.

“I think we deserved to be safe in that we should have beaten Wexford and then today’s result wouldn’t have been an issue at all,” outlined Brudair.

“For the progress of the team it would have been a shame not to stay in Division Three because I think they are good enough to compete here and compete well in it. We didn’t get any major trimmings this year - I know we lost a couple of times but no trimmings like we did last year against Roscommon and Fermanagh,” he explained.

“We have to improve our standards and aim next year to be competing in the top three of this division rather than have the likes of this game,” he said in reference to the final day relegation battle.

“It tested the character of lads - the last two games have shown that they are a together bunch and all want to do their best and we can ask no more.”

Fresh faces like Gearoid Hegarty, Stephen Cahill, Robert Browne, Cillian Fahy, Peter Nash and others have caught the eye during the seven game campaign, but the manager was loud in praise of the experienced heads when back were to the wall.

“Today was a day for the old lads - I thought Pa (Ranahan) was excellent centre forward and sprayed the ball around really well and having Ian (Ryan) inside gave us a safeness in the terms of frees and scores. The combination was right today,” said the Limerick manager.

But Brudair was left scratching his head as to why Limerick were left with a tense finale after letting a seven point lead slip when playing with an extra man.

“In that last five minutes I don’t know what we were doing - we were very comfortable and played great stuff in the second half but we made it so nerve wracking in the end. There were times we needed to be safe with the ball and not take chances and keep possession - in the last few minutes we probably took too many risks but at least in the last phase we got experienced hands on the ball and didn’t make mistakes,” he recalled.

He revealed that he was not aware of scores elsewhere on a day that Clare and Sligo also avoided relegation with Louth and Wexford slipping into Division Four.

“We said if we looked after ourselves we wouldn’t need to look at any results so we focused purely on ourselves. I think results went against us anyway,” he said with reference to the fact that defeat to Louth would have relegated Limerick.