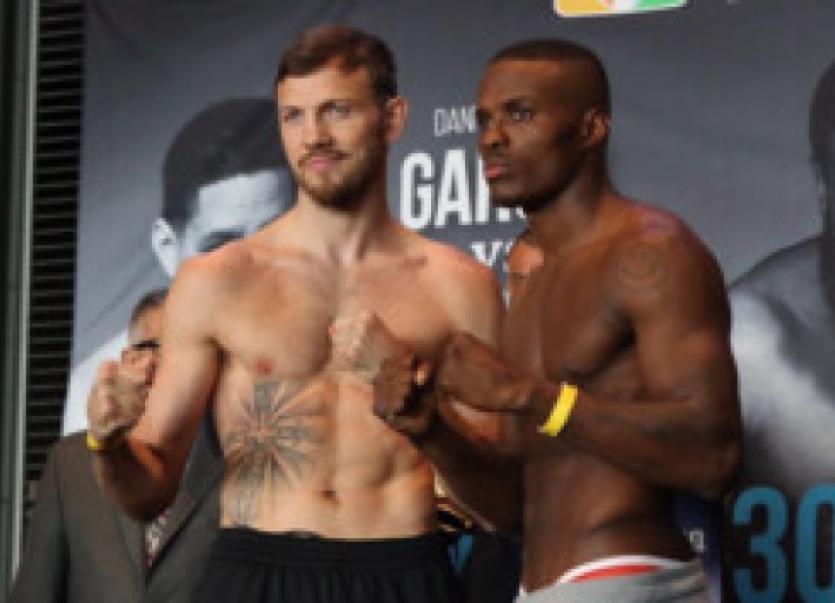 ANDY Lee’s fight in New York this weekend has been down-graded to a non-title fight after his opponent Peter Quillin dramatically failed to make the weight for their WBO middleweight title fight.

ANDY Lee’s fight in New York this weekend has been down-graded to a non-title fight after his opponent Peter Quillin dramatically failed to make the weight for their WBO middleweight title fight.

Afterwards it was confirmed that the fight will go ahead but that Lee’s WBO middleweight belt will not be on offer.

Therefore win, lose or draw, the Limerick 30 year old will remain the WBO champion and continue towards what would be a first title defence.

After a 10-week training camp in Monaco with trainer Adam Booth, Lee weighed in at 159.6 but Quillin was initially only 161.4.

The American was given two hours to make the weight but could only lose six ounces.

Therefore Jose Izquierdo, general secretary of the WBO confirmed that Lee’s title would no longer but on offer in the New York fight.

What can I say? I didn’t make the weight. I want to apologise to Andy Lee and all my supporters and fans. I made every effort to make weight but it just wasn’t meant to be and I have no one else to blame but myself,” said Quillin on his Twitter account .

“I may not win a title tomorrow but I still have a fight to win and I still plan to put on a good performance,” he said.

The fight is to be televised across the US on NBC and in Ireland is only available through subscription boxing channel, Box Nation.

Andy Lee isn’t due into the ring before 1.30am in the early hours of Sunday morning.