TJ calls for Limerick hurlers to be more ruthless 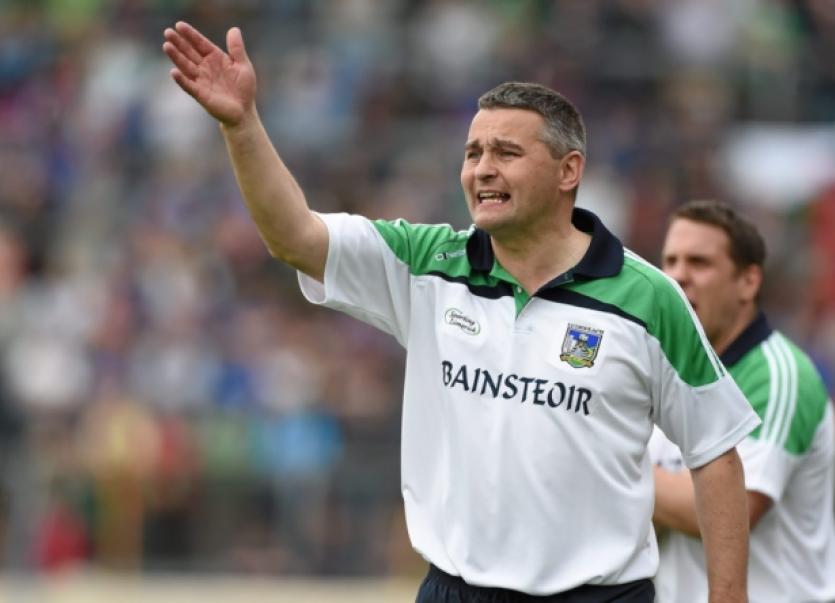 Limerick hurling manager TJ Ryan has called for his side to be more ruthless in front of goals ahead of next weekend’s Waterford Crystal Cup final against Cork.

Limerick hurling manager TJ Ryan has called for his side to be more ruthless in front of goals ahead of next weekend’s Waterford Crystal Cup final against Cork.

His Limerick side booked a spot in the decider following a hard-fought win over UCC on Saturday, but Ryan wants Limerick wants his players to learn how to ‘kill-off’ opponents.

“We had a three point lead, twice, and I felt we had chances to go four and five up and that’s what you have to do to make life more difficult for the opposition and we didn’t do that today,” explained the Limerick hurling manager.

“We had a couple of goal chances and we were saying at half time that at this level goals win matches and we found that out last year.”

Limerick did score 0-22, all but seven from open play.

“The most positive thing is the result - we ground it out. We didn’t play overly well and missed a few chances of goals, which would have sealed the deal for us but look it was a good game to get,” said Ryan.

“We missed a couple in the second half which were handy enough but maybe we took the wrong options at times - we had some bad wides and that is something to work on.”

“We gave a couple of cheap scores in the first couple of minutes and gave away more in the first few minutes of the second half and that made life a little more difficult for us,” he recalled.

“I don’t need to go through their names but that was a strong side with plenty big players there and are favourites for the Fitzgibbon Cup - it was a great game for us to get and in fairness the Kilmallock pitch was good and the day was good.”

On Friday night, Cian Lynch and Tom Morrissey were in the Greenhills Hotel to collect their 2014 Munster MHC winning medals.

Just over 12 hours later they continued to make positive inroads to senior hurling.

“In fairness since they came in they have been a breath of fresh air - they have been working hard and are going well in training and have got scores in both days. (Getting) those type of guys into any squad is a plus,” said Ryan of his teenagers, who are two of five newcomers for 2015.

The time and venue for the final against Cork will be confirmed today.