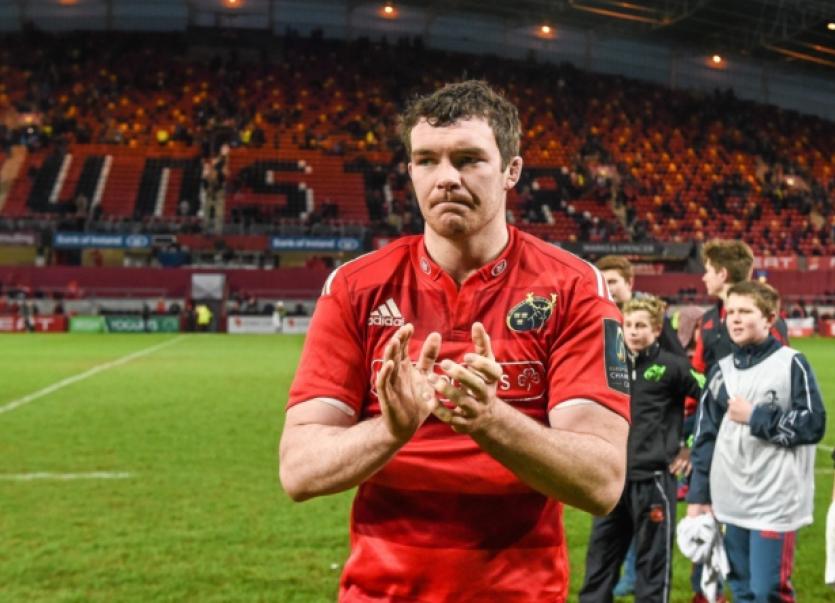 MUNSTER jet out to Lanzarote for a warm weather training camp next weekend when the province will crank up their assault on the Guinness PRO12.

MUNSTER jet out to Lanzarote for a warm weather training camp next weekend when the province will crank up their assault on the Guinness PRO12.

Anthony Foley’s side completed their programme of Pool 1 fixtures in the European Champions Cup with a nine-try, 65-10, demolition of an understrength Sale Sharks side at Thomond Park.

Munster’s hopes of making it through to the quarter-finals ended with their Saracens defeat, a point reflected in the official attendance of 17,685. More than 21,000 tickets , including season tickets, were sold for the fixture.

While 10 Munster players will join up with Joe Schmidt’s extended Ireland squad this week, the remainder of Anthony Foley side’s will get a few days of well-earned rest before jetting out to that training camp in the Canary Islands on Saturday. Munster’s tour party will include New Zealand out-half Tyler Bleyendaal who arrived at the province this weekend. Bleyendaal is recovering from neck surgery.

Munster’s next competitive fixture is a February 14 clash with Cardiff Blues at Musgrave Park.

Anthony Foley said: “The boys are off until Saturday and then we get a flight to Lanzarote to La Santa for five or six days.

“We make sure we are properly prepared, have a good camp down there, come back and get into a week’s work for Cardiff.

“He (Tyler Bleyendaal) was there today. Obviously we want to assess where he is at and make sure that we get him on the right road to hopefully being involved for some games with us.

“It’s (win over Sale Sharks) very bitter sweet. You see Saracens going though to the quarter-finals on 17 points and you are just left kicking you self and what happened here in the Clermont game.”

Centre Pat Howard marked his final appearance for Munster by scoring a second-half try. Howard returns to the Western Province in South Africa after completing his short-term contract at Munster.