Europeans next up for Casey after national boxing success 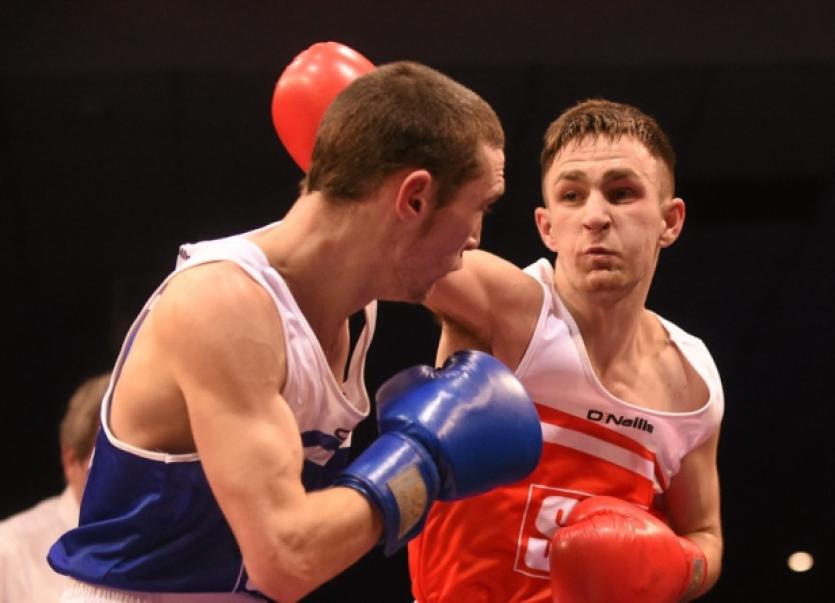 ST FRANCIS boxer Myles Casey will join the high performance team after his flyweight success at the national elite finals in Dublin at the weekend.

ST FRANCIS boxer Myles Casey will join the high performance team after his flyweight success at the national elite finals in Dublin at the weekend.

But despite winning his third All Ireland title since October, the Limerick man isn’t thinking of the 2016 Olympics just yet, even though he has now opened up the possibility of him representing Ireland in Rio next year,

Casey, younger brother of former European pro champion Willie ‘Big Bang’, beat Crumlin’s Evan Metcalfe on a split decision in Friday night’s final to follow up on the U-22 title he won in October and the intermediate championship in November.

The Irish Amateur Boxing Association [IABA] national registrar said that no other boxer in Ireland has won the three titles in such a short space of time.

The 52kg elite champion said it was part of his “six-month plan” to take home the three consecutive titles.

“It took me six months to win three national titles. I didn’t just win the U-22 title by luck, or the intermediate championship by luck. It was all down to the six months of training. I sat down with the coaches and we set out a plan. When I won the U-22, I took a break for a week and sat down with Ken again. And when I won the intermediate, I approached Ken and said, ‘I’m fit and strong, and I think I can win the elites’, and he told me he was glad,” he said.

He added that it was a “tough time” for him, as he was away from his family during the campaign.

“Week-in, week-out, I was practically away from my family all the time, up and down the country. And it wasn’t just me, it was my coaches as well. I have a wife and two kids, so it was tough. But if it wasn’t for Ken Moore, I would have hung up my gloves a long time ago.

“Before, I was going through a tough time and I really needed a change of plan with my boxing. It was down to a lack of training and not training right. Ken put me on the right path and he is truly the best coach in the country. He knows everyone and he knows everyone’s weakness.”

Casey said he is preparing for the inaugural European Games this summer, but is not thinking about the 2016 Olympics, just yet.

Connolly said the high performance team has “plenty of time to prepare for the Olympics in Rio”, but not all of last week’s champions will get the opportunity to box in the Olympic trials.

“There will be a lot of training camps to train the lads ahead of the games. But not every champion here will be put on the Olympic team. We will see how the internationals go. The IABA is well known to look after their champions,” he said.

“I would like to think winning three titles in one season would assure the Irish champion a seat on the plane [to the Euro games]. It would be fantastic to see a St Francis boxer as part of the Irish team for the games.”