Munster jet off to Lanzarote for training camp 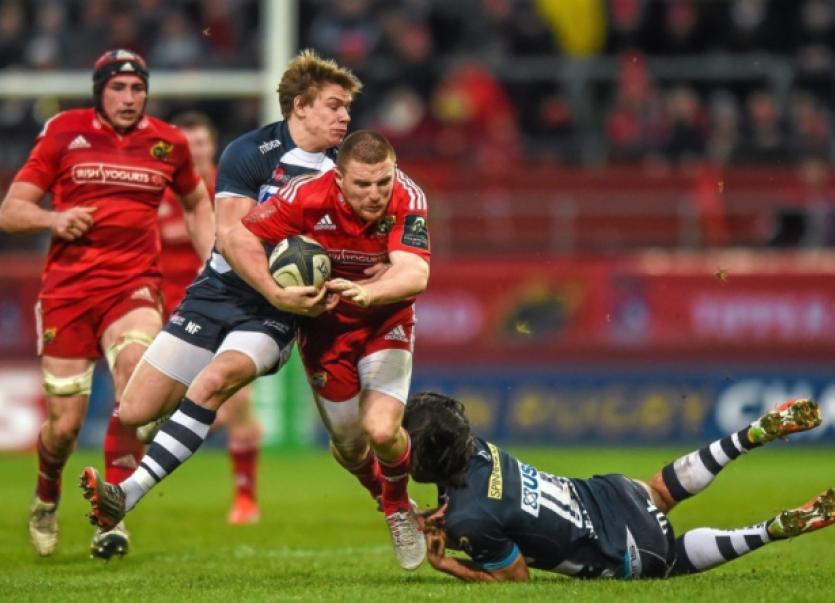 MUNSTER jet out to Lanzarote for a warm weather training camp this Saturday when the province will crank up their assault on the Guinness PRO12.

MUNSTER jet out to Lanzarote for a warm weather training camp this Saturday when the province will crank up their assault on the Guinness PRO12.

While 10 Munster players joined up with Joe Schmidt’s extended Ireland squad last week, the remainder of Anthony Foley side’s were on a few days of well-earned rest before jetting out to that training camp in the Canary Islands this Saturday, January 31.

Bleyendaal experienced a Thomond Park match-day on Sunday when he was on hand to support his new team mates in their runaway win over Sale Sharks.

Munster’s next competitive fixture is a February 14 clash with Cardiff Blues at Musgrave Park. The game has a 7.35pm kick-off. Ireland face France in the 6 Nations at the Aviva Stadium earlier in the day.

Anthony Foley said: “We are flying to Lanzarote to La Santa for six days. We make sure we are properly prepared, have a good camp down there, come back and get into a week’s work for Cardiff.