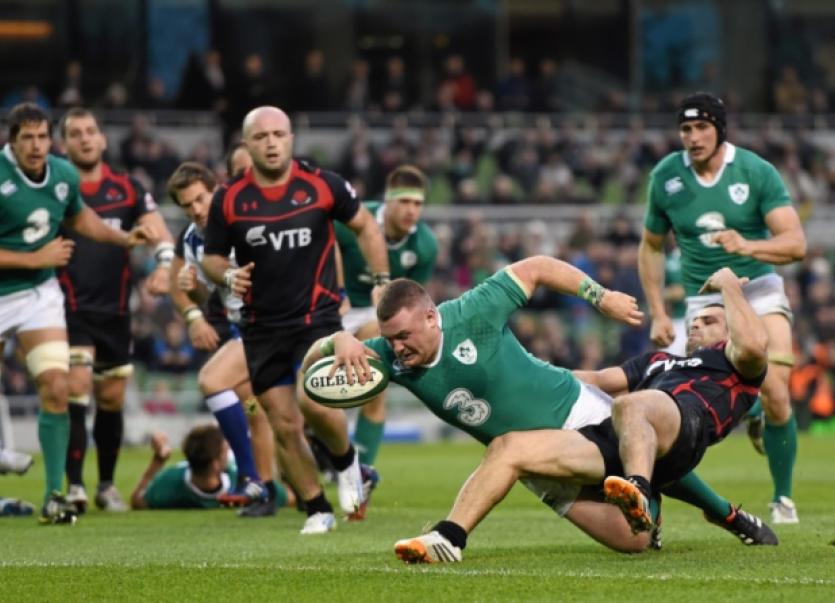 Kilcoyne’s touchdown at the start of the second half sparked a flood of Irish tries, including two for his Munster team-mate Felix Jones and one for Simon Zebo.

Ireland were captained by Limerickman Eoin Reddan, who became the first scrum-half to captain the side since Niall Hogan in 1996. Reddan was winning his 57th cap in the game, on a proud day for Old Crescent RFC and Crescent College Comprehensive.

Kilcoyne said: “It was good to get a win, especially backing up the South African win. The high of last week, it is easy to get lost and not prepare as well as you should but everyone did and the collective played well.

“They’re (Georgia) a real physical side, especially their maul contest, scrum, they’re quite physical and it was always going to take that. We knew we needed to back our fitness. That was the main thing.

“It (his try) happened pretty quick. Happy to get the end of it but Reddser (Eoin Reddan) took a great line, and again great lines by the forwards. If you are the end of a try, it is always good.”

Ireland face their final autumn international against Australia at the Aviva Stadium on Saturday next, 4.30pm.

Kilcoyne added: “If you look at it, they scrum well, (flanker and captain Michael) Hooper is in the form of his life. We are going to have a really difficult day in the office. We will of course (be able to go after them in the scrum).”