Limerick star Kirby on brink of Munster title with Bruff 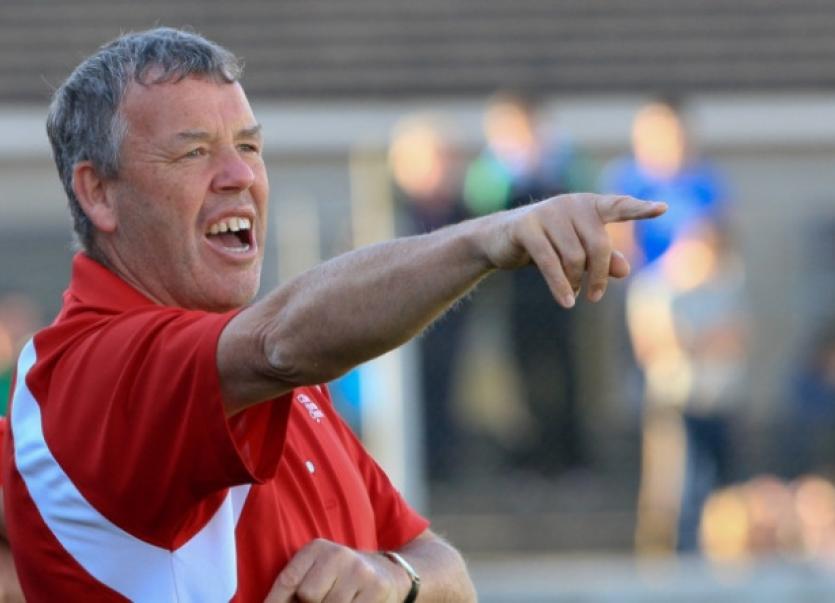 NOW in his third season with Bruff, Gary Kirby has seen his side go a long way ahead of Saturday’s Munster club IHC final against Waterford’s Cappaquin in Mallow at 2.00.

NOW in his third season with Bruff, Gary Kirby has seen his side go a long way ahead of Saturday’s Munster club IHC final against Waterford’s Cappaquin in Mallow at 2.00.

Although he won silverware in his first two seasons with the south Limerick men, it wasn’t until this year that the big prize went Bruff’s way.

His first year in charge saw a County Cup victory and last season Bruff won the All-County Hurling League. Those achievements are dwarfed in comparison with the title of being the inaugural Premier IHC champions.

“We’ve progressed up,” manager Gary Kirby said this week. “We now have a few young fellas on the team. The first year (2012) we lost one game, to Ballybrown, but didn’t make it out the group stages - but we went on to win the county cup.

“Last year, we won the county league and got promoted so it was a good progression to make,” he added.

“This year in the Premier Intermediate, every game was a tough game,” Kirby said.

Despite the competitive nature of the competition, Bruff emerged as the champions after a tough nine game campaign, which included eight victories.

Seven sides of the octet in the Premier IHC were from south Limerick and were all teams that Bruff knew very well. This is in stark contrast to Saturday’s tussle with Cappoquin - who pose an unknown quantity to Kirby’s charges.

“No, we don’t know too much. They have to be a very good team to get out of Waterford. We have prepared well for the challenge,” he said.

For the Waterford champions, Shane O’Rourke has been their scorer in chief contributing 11 points against Feakle and a dozen in the county final win over St Saviours.

“He (O’Rourke) has scored a lot. We also know they are very strong at midfield and their centre forward gets a lot of scores so he can hurl too. But we are aware that they have more than one or two good players.”

For Bruff to succeed, they will have to limit the opportunities handed to the west Waterford side’s free-taker.

“Discipline will be important for both sides. We both have good free-takers. It was good (discipline) against Lixnaw down in Kerry and I would expect the same again,” he added.

Despite the big occasion, the Patrickswell native says that the south Limerick men are approaching this game the same way they have been doing all year in training.

“It’s going ok, we had a good work out on Saturday and Sunday and we are training again tonight (Tuesday) so it’s all going well. We try to do the same from the word go but, to be fair, the players know it is a Munster final.”

Despite what Kirby calls “a few niggles” Bruff should be at full strength for the provincial decider. However, he knows that if needs be, there are players on the bench who can do the job for the team.

“It can be hard on the guys coming on because they’re playing well and contributing,” he said of the strong squad.