Garryowen, UL Bohs and Shannon all in AIL Division 1B action this weekend 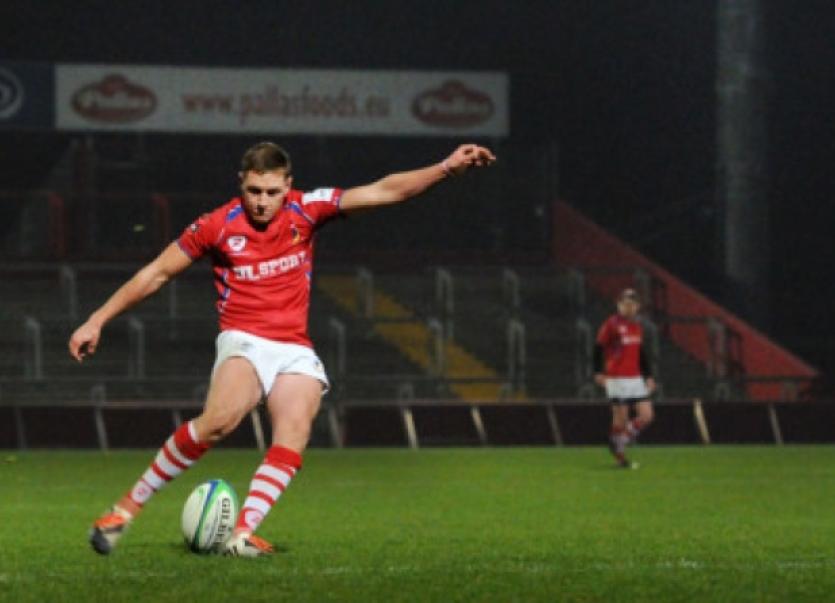 THIS will be a big test for Shannon as their management team who watched Ballymena’s clash with Garryowen at Dooradoyle last Saturday will testify.

Shannon will travel North in confident mood, however, on the back of their spirited 20-16 derby win over UL-Bohs at Thomond Park.

The moved up to eighth place in the Division 1B table on the back of that success over UL-Bohs.

Ian Sherwin’s side will be desperate to back up that success with their third victory of the campaign this weekend. It will be far from easy, however, for a young, albeit exciting side. Robbie Deegan impressed on his AIL debut while partnering Shane Mullally in the centre against UL-Bohs. Shannon’s starting line-up also included three U-20’s who started the game.

Shannon’s only previous win in the AIL this season was followed by two defeats. Ian Sherwin’s side will be anxious to avoid a similar fate this time round. However, with five wins from their opening seven games, Ballymena will be a tough nut to crack at home. Shannon will take encouragement from Ballymena shipping four tries in Dooradoyle. A losing bonus point might well be a decent return for Shannon.

GARRYOWEN will look to build on their bonus point win at home to Ballymena when they face another Ulster side, Malone, at Gibson Park, this Saturday.

The return of Munster Academy winger Alex Wootton to full fitness is a boost to Garryowen and the Irish U-20 star bagged a hat-trick of tries in the win over Ballymena.

Garryowen might well have to plan without the O’Mahony brothers for this weekend, however. Ronan could well be in Munster’s squad for their PRO12 tie away to the Dragons on Friday, while flanker Barry injured his foot in training with the province this week.

If Garryowen are to maintain their promotion push, an away game with seventh-placed Malone is one they can realistically hope to win. They cannot afford a repeat of the defensive lapses which saw them cough up three second half tries against Ballymena last weekend.

AFTER a highly promising start which yielded two wins, UL-Bohs have come unstuck in 1B losing their last five fixtures.

The Annacotty side’s management team will feel a large degree of frustration having lost their two most recent outings - both Limerick derbies - against Garryowen and Shannon respectively. Picking up losing bonus points in both cases will provide scant consolation.

Munster hooker Kevin O’Byrne sustained a concussion playing for UL-Bohs on Friday and is following return to play protocols. He will miss the Buccs’ tie, while the UL-Bohs management team await news on the availability of Munster Academy number eight Jack O’Donoghue. Fourth-placed Buccs’ have had a mixed start winning three of seven. UL-Bohs’ need is great. Will they deliver?