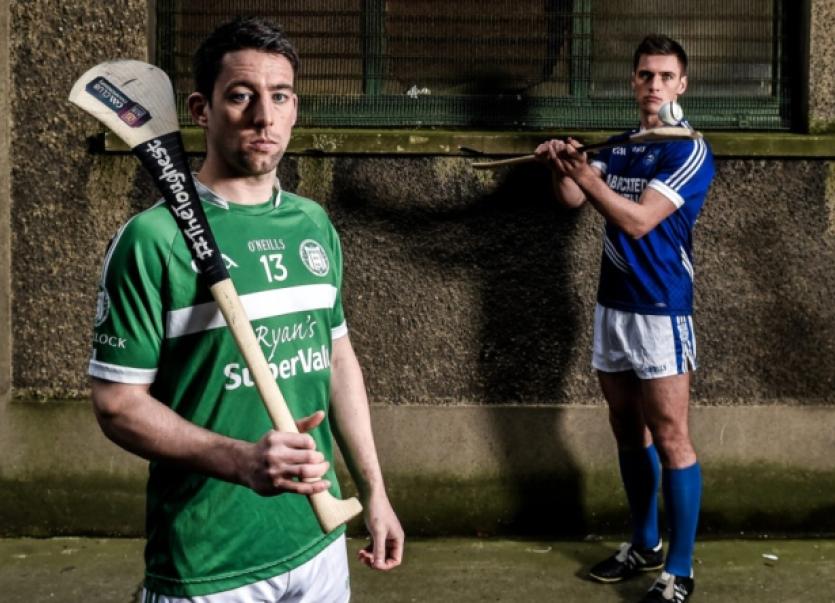 Ahead of Sunday’s provincial decider, Patrickswell, Na Piarsaigh and the south Limerick men have all have lifted the O’Neill Cup twice.

Munster champions in 1992 and ‘94, The Balbec bid to return the title to Limerick for the eighth time when they play Clare champions Cratloe in the Gaelic Grounds.

In a game that will be televised live on TG4, Kilmallock are the 5/4 outsiders, with Cratloe listed as 4/5 to claim their first and Clare’s 10th club crown.

But those odds will matter little when Fergal Horgan throws in the sliothar on Sunday. If anything it will provide another motivation for Kilmallock.

The morning of the Limerick SHC final against Na Piarsaigh, Kilmallock were 10/1 to be crowned Munster champions and almost 3/1 to be Limerick champions.

That hurt and helped them produce a display full of passion and precision.

Nothing short of a repeat will suffice to overcome Cratloe.

But performing on the big day is nothing new for Kilmallock. A look back through the recent records show that players that take the field on Sunday have been involved with teams to win three Limerick SHC titles, six county U-21s and seven county minors.

They simply relish the big occasion and ‘big name’ opponents.

In the current climate they don’t come much bigger than Cratloe, who were chasing a Munster double until Waterford’s The Nire ended that quest last Sunday.

Exactly how much the hectic Cratloe schedule has taken out of their side will only be apparent on Sunday.

Cratloe have played eight club hurling championship ties to reach Sunday’s decider. Enroute they have scored a remarkable 17 goals with Conor McGrath and Cathal McInerney hitting 14 between them.

For their part Kilmallock have played nine games - losing the first day out to Na Piarsaigh. Ger O’Loughlin’s men have scored 7-175.

A look through the stats of Kilmallock’s season shows one big change from recent seasons and that’s the use of 23 different players in the course of those nine games - 10 players have started all games.

It must also be remembered that those 23 players are on top of Kevin O’Mahony, who was ruled out for the season with a cruciate ligament injury. On top of that were the loss of key trio to emigration ahead of the 2013 season - Paudie O’Dwyer, Shane O’Donnell and John Kelly.

Bit by bit Ger O’Loughlin and selectors Mike Helean and Adrian O’Brien have moulded their team this season.

By the time they reached the knockout stages they have chopped and changed to fulfil requirements.

In that title run-in against Adare, Doon and Na Piarsaigh Kilmallock grew as a unit. Winning breaths confidence and that was never more evident than the second half display turned in against Sarsfields in the Munster club SHC semi-final.

In Barry Hennessy they have a solid goalkeeper, who has kept five clean sheets. In front of Hennessy, O’Loughlin brothers Mark (who turns 22 on Sunday) and Philip have come of age.

Philip is now anchoring the defence brilliantly and the half back line has been the foundation for much of what is good about Kilmallock this season. Kevin O’Donnell will start one side of Philip with either Liam Walsh or Paudie O’Brien on the other side. Walsh is back in contention after missing the Sarsfields game due to suspension.

If the inside Cratloe forwards are to be stopped, denying them possession is a must and here the half back line play a big role. Behind the half back trio the marking arrangements will be interesting but in Liam Hurley and Aaron Costello Kilmallock have two corner backs that have come through the last four big games with flying colours.

Midfield is an area that Kilmallock have alternated. Bryan O’Sullivan could be partnered by O’Brien or Jake Mulcahy depending on the tactics of the day.

Jake Mulcahy has spent some time at No11 but Gavin O’Mahony is enjoying his best season at centre forward. He comes into opposition with Conor Ryan but as he has done all season expect O’Mahony to roam across the half forward line and into midfield. In this regard keeping ball away from Ryan is a must for the Kilmallock defence when delivering downfield. On one side of O’Mahony will be Robbie Egan. He suffered an injury against Sarsfields and his role is massive for Kilmallock. He is a puckout target and has chipped in with 22-points. The other wing forward could be Jake Mulcahy or minor Robbie Hanley, who made his first start last time out.

The inside line of attack included captain Graeme Mulcahy, Eoin Ryan and Kieran Kennelly last time out and will remain so unless Hanley, Benny Burke or Conor Barry are given a start.

O’Loughlin and Co have altered their teams slightly from game to game and by and large have got their tactical plans spot-on.

Sunday is the biggest test for all.

While the Gaelic Grounds is geographically closer to Cratloe, Kilmallock must make their familiarity count in the early minutes. Cratloe aren’t a side that can be allowed to open a meaningful lead.

It’s November, and especially given the rainfall this week, Sunday will be a battle. If Kilmallock are within striking distance coming down the final furlong they have shown character that can carry them over the winning line.

Their county trio of O’Mahony, O’Brien and Mulcahy have been immense for The Balbec but what has made the difference for the men in green is the remainder of the team have stepped up to the mark this season.

Fortune has favoured Kilmallock this season and if they can get the rub of the green again on Sunday they have the ability to add to the Cratloe woes and advance to the February 7 All -Ireland semi-final against Down and Ulster champions Portaferry.

There is of course no previous championship encounter between Kilmallock and Cratloe but Sunday isn’t the first time that the champions of Limerick and Clare have met in the Munster club SHC final.

There have been seven Shannonside club finals and the Limerick record is good with five wins.

In 1992 Kilmallock were the Limerick champions and just like Sunday, they raced Clare opposition in the Gaelic Grounds and were victorious.

One of the final losses was in 1997 when a Clarecastle team containing Ger O’Loughlin beat Patrickswell.

The bookies have Cratloe listed as the 4/5 favourites with Kilmallock available at 5/4.

The draw is priced at 8/1. It is worth remembering that if the games does finish level on Sunday there will be extra time.

Sunday’s two finalists are behind Kilkenny’s Ballyhale Shamrocks 9/4 and Galway’s Portumna 3/1 in the betting to be crowned All-Ireland champions in Croke Park next March.

To win ultimate honours Cratloe are listed at 7/2 while Kilmallock are 5/1 fourth favourites.

When the teams line up many will look to see who Kilmallock detail to mark Cratloe hotshot Conor McGrath.

The son of the team manager is just one of many inspiration figures in the south east Clare line-up but he does carry the biggest scoring threat.

McGrath has scored nine goals in eight games and also hit 27-points from play. On top of that he also takes the frees and has registered another 29-points from placed balls.

No doubt marking Graeme Mulcahy in training will have one of the full back line in fine fettle for the challenge but ultimately Kilmallock need to ensure that the supply line is cut off to the inside trio of Cratloe, with former Ardscoil Ris Harty Cup captain Cathal McInerney and Clare’s 1997 minor star Gearoid Considine also threats.

Kilmallock simply must get on top early on and ask questions of the Cratloe rearguard, which doesn’t get as much limelight as their attack.

Kilmallock haven’t scored a huge amount of goals this season and they meet a Cratloe defence that have only conceded six goals in eight goals.

It’s often too easy to say that goals win goals but this time of the year when the ground is softer and some of the free-flowing pace is taken out of the game its such a confidence boost to raise a green flag.

Paramount for Kilmallock is to bring huge intensity. They were at their best in the opening 20-minutes of the second half against Sarsfields. It will take at least a 50-minute repeat of that performance to win a third Munster crown for the club.

They have the ability but everything will need to be near perfect if they are to create history.