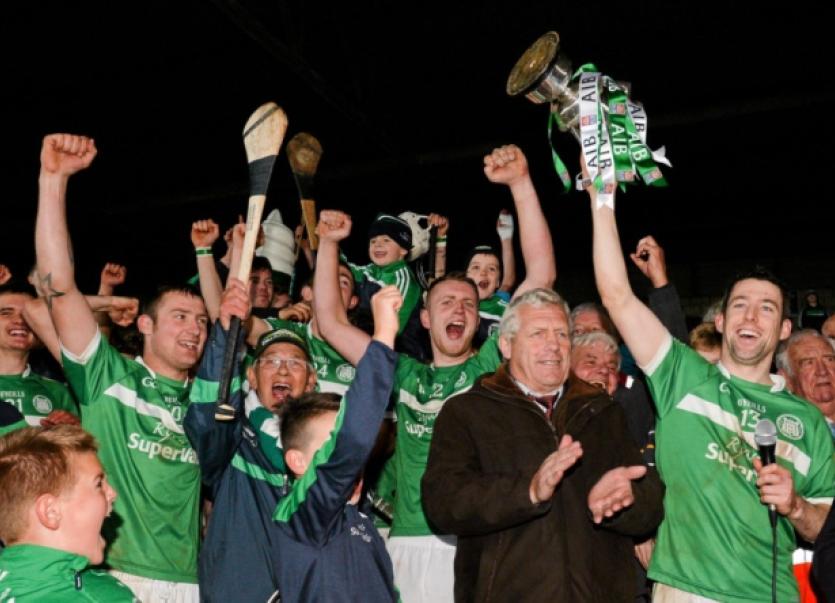 KILMALLOCK are the hurling champions of Munster for a third time after Sunday’s 1-32 to 3-18 breath-taking Munster club SHC final extra-time victory over Clare’s Cratloe.

KILMALLOCK are the hurling champions of Munster for a third time after Sunday’s 1-32 to 3-18 breath-taking Munster club SHC final extra-time victory over Clare’s Cratloe.

The Limerick champions were provincial winners in 1992 and 1994 and produced a scintillating display this Sunday to defy the odds and return the O’Neill Cup to the south Limerick town after an absence of two decades.

The thrilling victory ensures the Munster title stays in Limerick for the first time since 1989-90.

In just the eighth ever Munster club SHC success for Limerick, Kilmallock produced some of the finest hurling ever seen in the 50 year history of the prestigious competition.

The sensational success books a February 7 All-Ireland semi-final spot against Down and Ulster champions Portaferry.

After a collar-coaster 60-minutes the Shannonside rivals were tied 1-21 to 3-15 but in extra time Kilmallock pulled clear to out-score Cratloe 0-11 to 0-3.

In front of an attendance of 6,365 in the Gaelic Grounds Clare champions Cratloe looked every bit the 5/4 favourites when racing into a 1-3 to 0-1 lead after 10-minutes with Gearoid Considine scoring the goal.

But the Ger ‘Sparrow’ O’Loughlin managed Kilmallock made light of the setback of the goal and went on to dominate the remainder of the first half to lead 0-12 to 1-6 at half time.

It was an opening half that saw both captain Graeme Mulcahy and midfielder Bryan O’Sullivan notch four points each from play.

In the early minutes of the second half Kilmallock maintained their advantage and led 0-15 to 1-8 with 41-minutes gone on the stopwatch.

But then the tide turned again.

And, this turn in fortunes also saw Kilmallock centre forward Gavin O’Mahony sent off for a red card for an off the ball incident after Cathal McInerney had scored the second Cratloe goal.

But when a man down, Kilmallock showed all the character that saw them beat reigning Munster champions Na Piarsaigh in the Limerick SHC final.

Midfielders Paudie O’Brien and O’Sullivan set the tone with points in the immediate aftermath of the dismissal to regain the lead.

But the lead was the change hands numerous times in a frantic finale.

Kilmallock looked back in control when Jake Mulcahy goaled in the 55th minute for a 1-18 to 2-13 lead.

But back came the Clare champions and Conor McGrath goaled in the 58th minute for what looked like the decisive score.

But Kilmallock weren’t finished and Mulcahy brothers Jake and then Graeme looked to have snatched the crown for the men in green and white.

In a game of high drama there was always going to be another twist and eventually it was Martin Ogie Muprhy that forced extra time - 1-21 to 3-15.

Cratloe have chased success on the hurling and football fronts in recent times and perhaps that played a part but Kilmallock were to dominate extra time.

Restored to 15-men with the introduction of minor Paddy O’Loughlin, they never looked in trouble and outscored Cratloe 11-3 in the two periods of 10-minutes.

Top scorers Jake Mulcahy, O’Sullivan and O’Brien led the way to help Kilmallock into a 1-27 to 3-18 lead at the interval. Cratloe weren’t to score in the seconds 10-minute period as The Balbec finally eased towards the triumph on a day when they had nine different scorers responsible for a remarkable 1-27 from play over the course of 80-minutes.