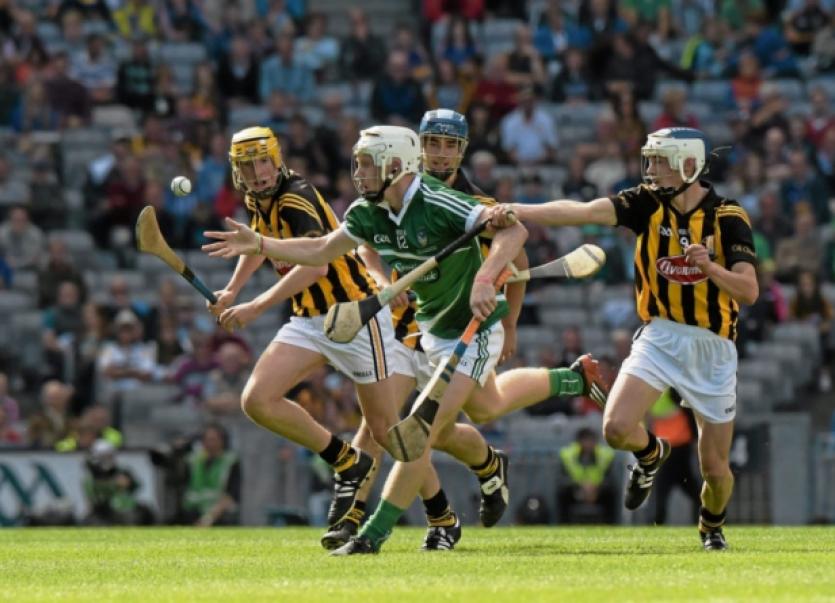 LIMERICK’S minor hurling captain Cian Lynch has urged his team-mates to ‘drive-on’ from the heartbreak of All-Ireland final defeat.

LIMERICK’S minor hurling captain Cian Lynch has urged his team-mates to ‘drive-on’ from the heartbreak of All-Ireland final defeat.

The Patrickswell teenager made an impassioned speech to Limerick’s post All-Ireland final banquet in the Kilmurry Lodge Hotel.

“Sadly we don’t have the cup but we just have to get on with it,” Lynch told the gathering.

“It’s time for Limerick hurling to drive-on and stop sitting back and thinking we got to an All-Ireland final,” said Lynch, who has played minor hurling with Limerick for the past three years.

“As a team there are a lot of 18-year olds leaving this year and don’t want us to just sit back and go back to our clubs and go through the motions,” urged Lynch, who is one of 19 out of the 34-man panel that won’t be minor in 2015.

“For the 17 and 16 year olds, ye have a chance next year and the year after to redeem ourselves and it’s time to make getting to Croke Park a habitat and that’s there for ye if ye keep going and keep listening to the lads that are over ye.”

In his speech, Lynch paid a special tribute to the families and friends of the players.

“On a night like this is not ideal but it’s great to have Limerick supporters - even when we walked in, it meant a awful lot. I know we didn’t have a cup but for young fellas of 16, 17, 18 it touched us in the heart to know that there are people who support us,” said the emotional captain.

He said that manager Brian Ryan had “left no stone unturned”

“This set-up was as professional a set-up as I was ever, or anyone here, involved with. Everyone of us went to training with a smile on our face and always looked forward to going out hurling and wearing the Limerick jersey. There was never a time that we were dreading going into a training session or stressed about throwing on the gear in hail, rain or snow - we were always happy and always enjoyed each others spirit and camaraderie.”

He recalled the roles played by sponsors Gerry and JP McManus and the implementation group, headed up by Joe McKenna.

“We had 110% support and everything we needed we got,” recalled Lynch of preparations.